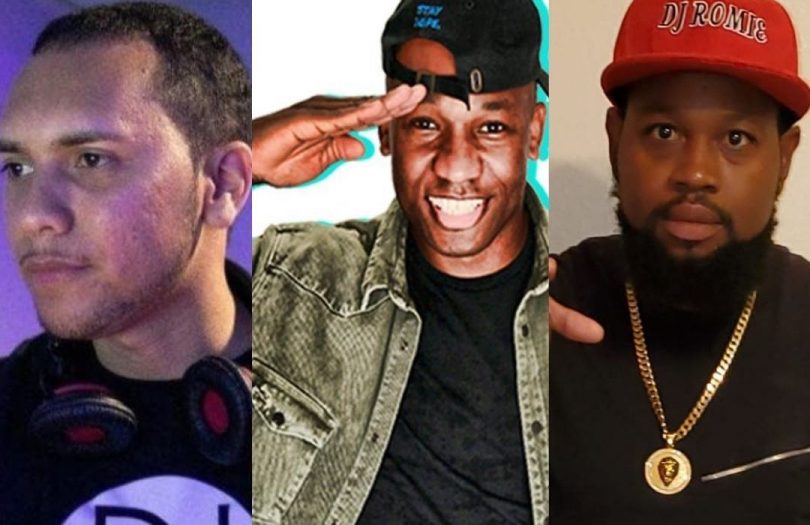 Next-generation deejays will display their skills on April 10, 2021, at the True Blue Sound Clash. The event will be hosted by VP Records on their Facebook page (facebook.com/vprecords/) & YouTube Channel (youtube.com/vprecords).

DJ Romie was born Romaine Vassell in St. Andrew, Jamaica. He attended Jamaica College in the 1990s before migrating to the United States to further his education in the technology field. DJ Romie lived in New Jersey after moving to the US. In New Jersey, he joined the Volume One Sound System (1 LINK FAMILY) and used dubs to enhance his playing skills. He also won clashes against other sound systems and has been involved with the music scene for more than 20 years, playing several genres of music in clubs and at special events. He moved to Dallas, Texas in 2014 and continued his career as a well-rounded entertainer who is always fully booked for shows and events. DJ Romie operates the Reggae Showtime Radio station online as its current CEO and has participated in high-profile shows featuring artists like Shaggy, Beenie Man, Mr. Vegas, and Beres Hammond, among others. In 2018, he received the Best Reggae DJ and Entertainer Award.

DJ Matt, whose given name is Matthew Woolward, is known as djmattmusic on Instagram. He grew up in Pembroke Pines, Florida. Dj Matt was raised by a Jamaican mother and a Jamaican father, who is a former student of Jamaica College. DJ Matt was introduced to reggae as a young boy and has always been a music lover. He first became interested in being a deejay when he was 14 years old. By the time he was 17, he was playing house parties, and at 21 began moving into the club scene. Now, at age 27, DJ Matt is considered one of the most talented up-and-coming Caribbean deejays in South Florida.

DJ Fergie did his first party solo in the summer of 2000. He is part of the We The Best / Belaire Luxe Boys, Heavy hitters Dj Crew, and Overproof Movements. A licensed airline transport pilot, DJ Fergie flies private jets and deejays around the world “to show the next generation that they can do anything they put their mind to.” DJ Fergie’s father is a former student of St. George’s College.

This event is replacing the traditional True Blue weekend soccer event usually held every year, but cancelled due to the COVID-19 pandemic. The 2021 True Blue soccer match would have been the 17th staging of this popular South Florida event. Past True Blue 2-day weekends attracted soccer enthusiasts from Canada, the Caribbean, Europe, and the USA. The yearly fundraising event provides the schools with the funding necessary to present scholarships to Jamaica College and St. George’s College students. The event is held in honor of Dennis Ziadie, who coached players at both schools to Manning Cup victories. Nearly 2,000 soccer enthusiasts and supporters typically participate in the annual event.

VP Records, which is based in New York City, is a pioneer in the reggae and soca music industry. VP Records is the only record label that represents the entire spectrum of Caribbean music.