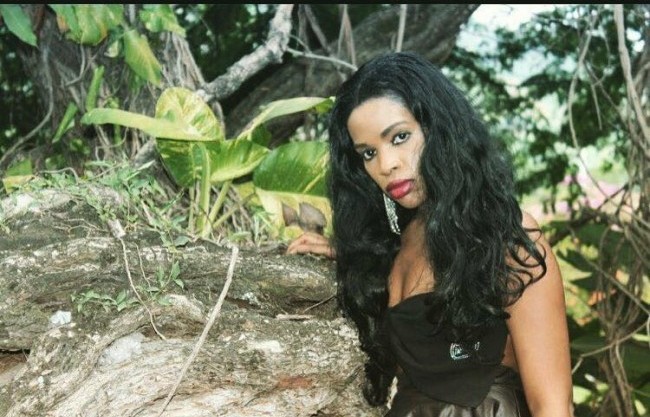 From bellowing the lyrics of Lady Saw’s most raunchy songs in her backyard, to performing her original songs at Sting in 2006, Double K proved that she has sincere passion for Dancehall music.

Double K knew she was destined to be an entertainer since she could recite the lyrics of the hottest Dancehall songs from she was 9 years old.

But her big break happened in 2006 when she met popular music producer, Supa Hype. He gave her the opportunity to voice her first single, “Double Up”.

Currently under the tutelage of hard-core Dancehall icon, Bounty Killer and music producers, Deejay Karim and Black Sheep, Double K says she’s on a path to achieve her goals and hopes to one day outweigh the achievements of the former Queen of Dancehall, Lady Saw.

I sat down with her recently to find out more about her music career.

2. Who is Double K?
I used to name “Lady K” but Jimmy Cliff’s son (Deanie Cliff) give me the name Double K. One day, he asked me “What’s your real name?” I said “Kelisha Kadian Green”
He said “alright Double K, that’s two K’s.”
When it comes to me and music I do what I feel, my music don’t have any limit…if I feel like doing a love song, I do a love song, if I feel like doing a hardcore Dancehall, I do it.
When I’m on stage I’m just Double K, trying to please my fans with all the best of my abilities. Double K is also a loving person who knows to get along with everyone.

4. Why do you love Lady Saw music so much?
Because I love hard core Dancehall music…when I was small I always deejay her songs so mi just love her…mi fall in love with her. I like how the content of her music stay, she just plain and shi just raw and she don’t care.
My other role models in the industry are Bounty Killer, Beres Hammond and Rihanna. But I’m a freelancer. I’m not in any specific group.

5. What are your career goals for 2016?
My goal is to become an international Reggae, Pop, and Dancehall Artiste…collab with international artistes (such as) Rihanna, Keisha Cole, Jay Z and Drake.
(Right now) I’m promoting my songs and (I plan to) do two music videos. I’m around Bounty Killer and he’s pushing and guiding me through the way. I am just focusing and working hard to achieve my dreams.

6. You will tour Canada this year, which cities will you visit?
Yes! I’ll be in Canada on March 12 with the Wisdom Promotion team…performing at the Ring Night Club on Colborne Street, Brantford and then Toronto.

7. If you weren’t a singer, who would you be?
I would probably be a nurse or a business woman. The reason I would want to become a nurse, mi always love take care of people…and (I could be) a business woman because mi like to be my own boss, mi nuh like work fi people.
But my career path would also have to do something with music which I am doing now…on the side I’m a promoter.

Thanks for sharing with us Double K!

Double K is among the young entertainers to debut on the Youth Stars stage in February, only heard on the best community radio station in Kingston, ROOTS 96.1FM

But while you wait on her radio debut, listen to one of her hottest songs right now- Know How Fi Dweet

About Youth Stars on ROOTS 96.1 FM:
Youth Stars is a 10-minute feature programme aired on Jamaica’s number one community radio station, ROOTS FM. The feature airs every other Monday at 5:45-5:55pm during Youth Talk. Youth Stars aims to provide greater exposure to young Jamaicans with true artistic talent who desperately want their music to reach a wider audience but do not have the means to get it done.

If you want to be featured on Youth Stars, send us an email at [email protected].
Listen to ROOTS FM online