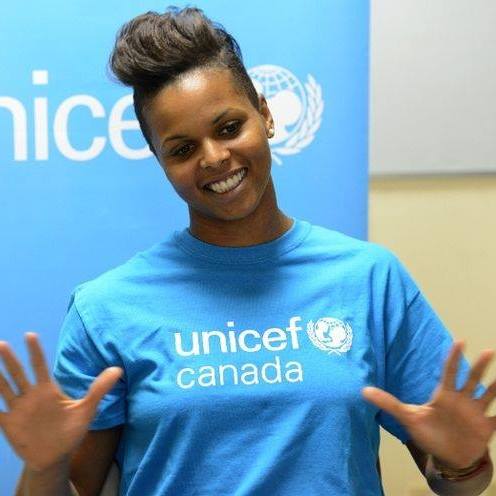 Karina LeBlanc, a former Canadian international goalkeeper, has been named to lead CONCACAF Women’s Football. She started in her new position on August 1, 2018, and will be responsible for heading a campaign designed to make the sport of women’s football stronger throughout the CONCACAF region. LeBlanc said she was honored and excited to join the Confederation at what she calls a pivotal moment in women’s football. She looks forward to creating more opportunities for the sport. LeBlanc, a Canadian who was born in Dominica to Dominican and Jamaican parents, views her role as focusing on “developing women’s football throughout the entire region, increasing opportunities for women in the sport across multiple areas.” She will be based at the Miami head office of CONCACAF and will report to Manolo Zubina, the chief football officer. The president of CONCACAF Victor Montagliani said the organization is pleased to have LeBlanc on board and noted her knowledge and passion for the sport of women’s football. LeBlanc played for 18 years and has advocated for giving women more access to getting into the game. Montagliani said she was the right person to support CONCACAF’s mission of promoting and enhancing women’s football in a sustainable and scalable manner. LeBlanc has represented Canada in five FIFA World Cups, two Olympics and three Pan American Games. She mentored the team that won a bronze medal at the 2012 Olympics in London and in 2013 became the first female professional football player appointed as a UNICEF ambassador. LeBlanc has served as goalkeeper, host, broadcaster, and motivational speaker, traveling extensively to promote awareness of women’s football and the importance of empowering women through the sport.