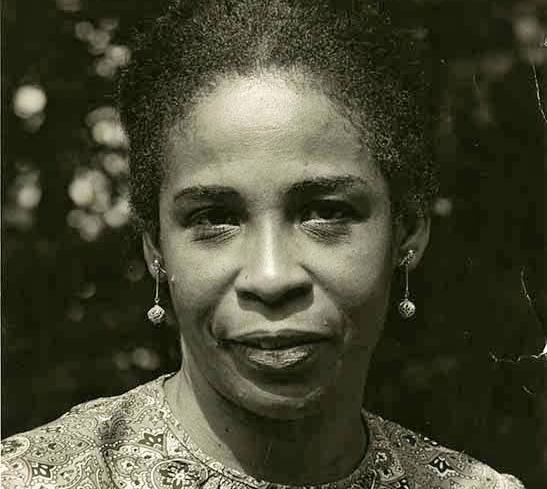 “I just want to be remembered simply as one was true to her roots.”

She was born in Vere, in the parish of Clarendon. The story is told that, as a little girl, she spent her young days making any type of music she could come up with – singing, clapping, praying. She became so well known in the community for her love of music that neighbours would stop by her gate and ask her to sing! She attended the Hampton High School for Girls in the parish of St. Elizabeth, and in her senior year, won a scholarship from the Royal Academy of Music in London, England.

Olive did very well in her study of music and ethnomusicology and on her return home, her love for children and teaching sent her back to her alma mater Hampton, where she taught for a while. Then it was back to England from which she returned once again, but this time with her PhD in music. Then Prime Minister of Jamaica, the Most Hon. Edward Seaga, appointed her to conduct research in Jamaica’s folk music. So, along with Hazel Ramsey-McLure from the Institute of Jamaica, they traversed Jamaica, collecting folk songs and their history from the perspectives of the many communities they visited.

In 1967, she formed the Jamaica Folk Singers and brought, to the delight and appreciation of local and worldwide audiences, the sheer beauty of Jamaica’s folk songs. The group travelled to Africa, Europe, the USA and the Caribbean. But for Dr. Lewin, the most memorable was the group’s performance at Westminster Abbey in London. In her own words, “Jamaica’s music is one of the most beautiful in the world.” In 1983, she formed and directed the Jamaica Orchestra For Youth.

Dr. Lewin held many prestigious positions, including Director of the Jamaican Institute of Folk Culture. wrote several books and articles on folk music and was honoured for her outstanding contribution to the research, documentation and exposure of our folk culture. She was awarded the Order of Merit, the third highest national honour, the Gold Musgrave Medal from the Institute of Jamaica, as well as awards from the Royal Academy of Music, the United Nations, the Organisation of American States (OAS), and the Government of France.

However, despite these accolades, Dr. Lewin said she wanted to be remembered simply as “Someone who was true to her roots.”

Trailblazer : A trail-blazer is a groundbreaker, someone who lays the groundwork, or leads the way for something of importance.