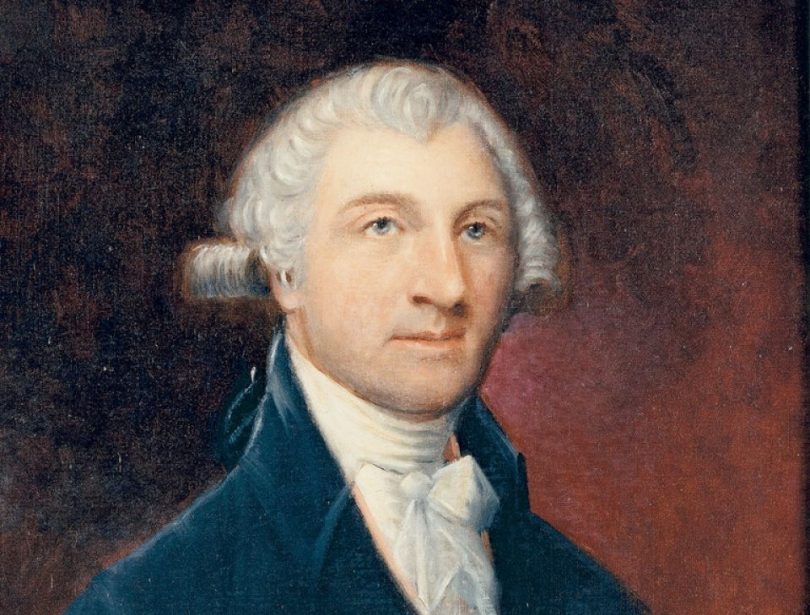 Dr. William Thornton, a physician, inventor, and architect, was the designer of the US Capitol building. He was born on Jost van Dyke in the British Virgin Islands in 1759 in a Quaker community. In 1784, he received a medical degree from the University of Aberdeen. Upon returning to his Caribbean home in 1786, he was forced to confront that slavery contributed to the source of his income. He moved to Philadelphia in 1786 and because active among the abolitionists. After winning an architectural design competition sponsored by the Library Company of Philadelphia, he focused exclusively on architecture and submitted designs for many buildings in Washington, ultimately being chosen to design the US Capitol building. Thornton served as the first Architect of the Capitol and the first Superintendent of the US Patent Office. Many buildings designed by Thornton are included on the National Register of Historic Places. He died in 1828 and is buried in the Congressional Cemetery in Washington DC.