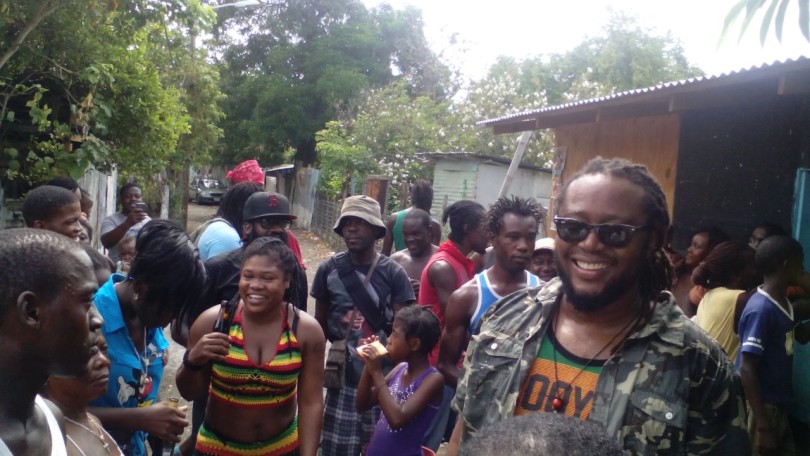 Talented Reggae Crooner Duane Stephenson, who is gearing up for his Tour in Africa this summer, has just finished shooting his latest music video for the single “Ghetto Religion” from his “Dangerously Roots” album.

The single; a cover of the 2003 R&B track by R Kelly featuring Wyclef Jean, depicts the life of those who reside in the inner city communities, but focuses however on the joy they exude despite the depravity that surrounds them. Duane is supported on the track by the melodious sounds of Taurus ‘Singy Singy’ Riley.

“Taurus is my musical bother, when I thought about recording the reggae version of the song he was the one who instantly came to mind. It was just fitting for him to be on the single as well given where we are from; direct from the ghetto, we were able to make the song relatable”’ Duane explained.
The video was originally slated to be shot in the latter part of this year; however, because of the popularity of the track from the Dangerously Roots album reviews and responses thus far, the visual promotion timetable was rescheduled.

Directed by Damion Gayle of Warrior Music, The Ghetto Religion video is the second video from the Dangerously Roots Album shot by Gayle, he directed Duane’s extremely popular “Rasta For I” music video as well.

Shot in Morant Bay, St. Thomas, the location was chosen because it portrays the essence of the song. The concept of the video is simple, real and captures all that Stephenson had in mind.

Ghetto Religion illustrates the raw energy from the people in their everyday element this realism is why Duane anticipates a hit both locally and internationally with this video itself.

“The reactions of the people in the video are real. In the face of economic turbulence people still find a way to live easy, enjoy themselves and be alive.” Duane added.
The Ghetto Religion music video will premier on Reggaeville.com in a matter of days followed by TV platforms in Jamaica and the Caribbean. Duane currently sits in the number three spot on the Cross Caribbean Countdown on Tempo TV with his video ‘Rastafari Way’ that features fellow Jamaican reggae artiste Mackeehan.