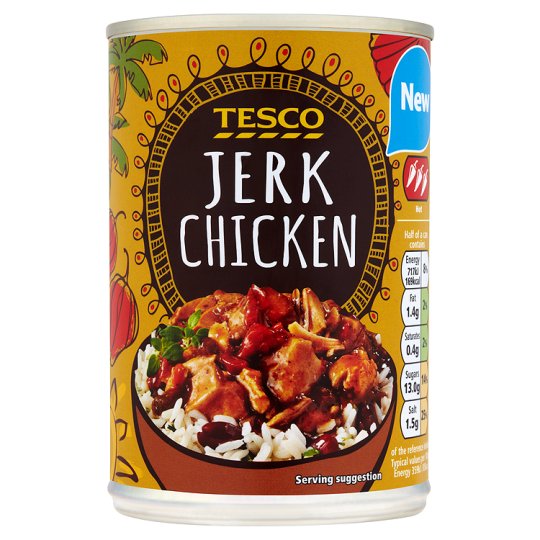 Tesco, a multinational grocery and general merchandise retailing company based in the United Kingdom, has been selling jerk chicken in a can since 2014. To lovers of one of Jamaica’s signature foods, the mere idea of putting the spicy, smoky, cooked-over-wood-fires dish into a can is heresy.

The word “jerk” is believed to have come from a Spanish word “charqui,” which in turn came from a Quechua term for dried meat. In English, this kind of meat was called “jerky.” The word may also derive from the technique of “jerking,” or poking holes into meat so that more flavorings are more thoroughly absorbed. In Jamaica, the recipe for jerk sauce is said to have come from Africa with the Coromantee, who were brought to the island as slaves by the Spanish. Traditional ingredients were adapted over time by those available in the region.

Jerk lovers have made their opinions of jerk-in-a-can known on social media. Twitter remarks include “Is nothing sacred anymore? Jerk chicken in a can? Tesco have gone too far!”

“It’s for us white people who can’t tell thee difference…..lol”

“This has got to be nasty!”

“Dash every can on the floor!!”