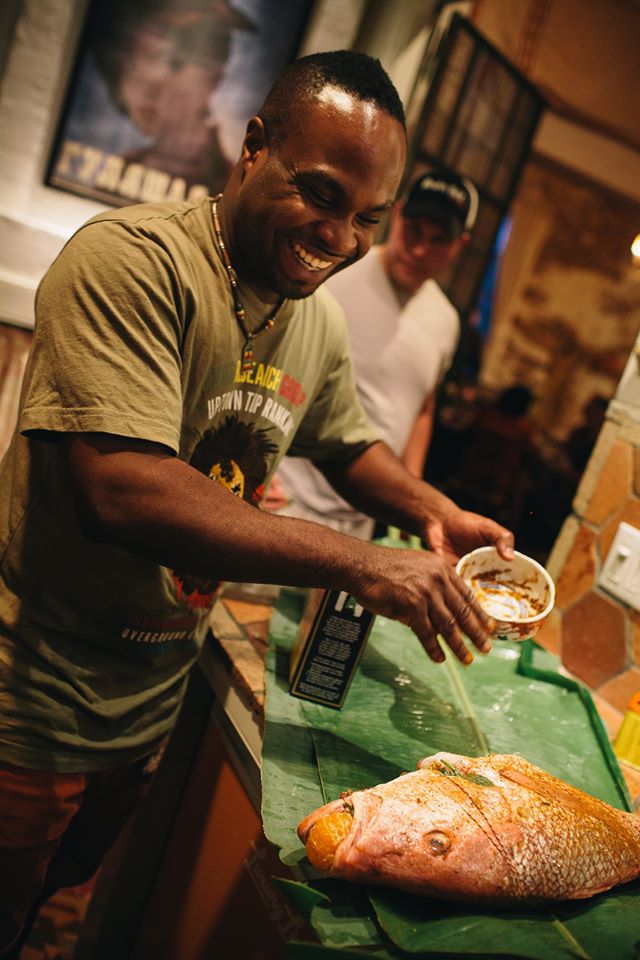 This week we have a conversation with Tomme Beevas, Founder and Chief Strategic Officer of the Jamaican restaurant Pimento Jamaican Kitchen which is in Minnesota. As founder and Chief Strategic Officer of Pimento Jamaican Kitchen, Tomme leads the company’s growth strategy to become the top provider of authentic Jamaican food experiences globally. Prior to launching Pimento, Tomme served as a corporate executive responsible for Cargill’s global community involvement programs, including raising more than $100 million for United Way, and leading volunteer programs across 350 communities on six continents. Tomme has also lived in Washington, DC, where he managed the U.S. President’s Volunteer Service Award and held posts at the U.S. Chamber of Commerce. Tomme holds Political Science and Economics undergraduate degrees from the University of South Florida, and a Masters in Business Administration from the University of Minnesota. He currently lives in Minneapolis, Minnesota, with his wife, Dara, founder and CEO of Wise Ink Creative Publishing. 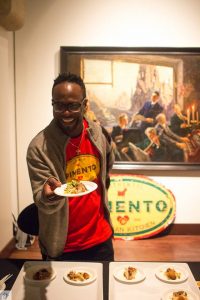 Where in Jamaica are you from?
TB: Kingston (via West Kingston to Havendale/Belgrade Heights)

Tell us about Pimento Kitchen? How did you come up with the idea to start a Jamaican restaurant Minnesota?
TB: The concept came to me while living in Washington, DC. I noticed Jamaican food was not as readily accessible as Mexican, Italian, Indian or Thai, and yet our food is just as tasty. So, Pimento Jamaican Kitchen is essentially filling the gap for those who are seeking a great, Jamaican food experience in a warm and welcoming setting.

How long has Pimento Kitchen been around?
TB: Pimento officially started under a tent at street events and art fairs in 2012, with a little backyard grill and a group of friends and well-wishers building a grassroots movement to bring Jamaican food to Minnesota.  By 2013 we entered and won the Food Network reality show, Food Court Wars, which provided us our first location rent-free for a year at the suburban Burnsville Center. 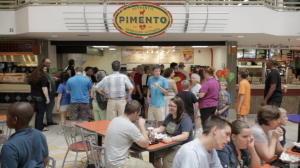 You currently have 2 locations, any plans to expand?
TB: Absolutely! The goal is to make authentic Jamaican food readily available to Jamaicans and lovers of Jamaica, worldwide. Our music, art, sports, language and people are beloved globally, and we see our food as the next bastion toward Jamaica’s global cultural domination.

Each your partners in the restaurant have a unique background. Can you tell us a little about them and how you met?
TB: Pimento’s story is almost like a bad joke: a Jamaican, a Jew and a Russian walk into a bar, and created a Jamaican restaurant, Pimento Jamaican Kitchen. Yoni, our resident Jewmaican, was a neighbor turned friend after being captivated by the smell of jerk from the grill next door. After several weekend grilling sessions, Yoni brought on his brother-in-law, Sergey, a Russian born, French-trained chef to help guide the recipe development. With their powers combined, Tomme brings the authenticity, coupled with Sergey’s fancy techniques and Yoni’s marketing prowess. We’ve created an unstoppable dream team. 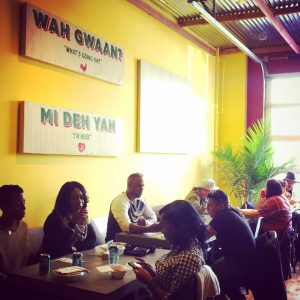 How has the community received the restaurants?
TB: With the predominantly Midwestern palate in Minnesota, most would assume the market would be cold to Jamaica’s hot flavors. Much to our surprise, the market has been appreciative of the newest flavors to spice up the Land O’Bland. Minnesota is a large winter tourism market for Jamaica, so most Minnesotans have already been introduced to Jamaican cuisine while vacationing in paradise.

You won Food Network “Food Court Wars,” what was that experience like?
TB: Winning Food Court wars was (and still feels like) a major blessing! It was the best vehicle for taking my grandmother, Babylou’s, recipes and using it to help build an empire at lightening speed. 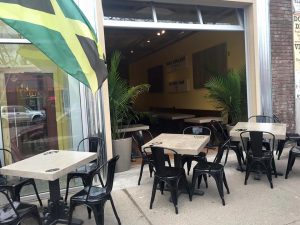 Are there many Jamaican in Minnesota?
TB: What? Which community nuh have Yardy deh? Minnesota’s Jamaican community is likkle but talawah: some are in the legal field, including a district court judge; several are dominant in the lucrative medical device scene and others are students thanks to the numerous international scholarships at our local colleges.

Tell us about some of your Jamaican fusion recipes?
TB: We try to keep the food authentic, and yet we recognize the need to adapt a little to accommodate the Midwestern palate. A crowd favorite is no doubt our jerk pork, but instead of the tough skin and bones we love to gnaw on back home, we’ve created a pulled pork version. The tender pork has all the juices and flavors dancing throughout, topped with our Kill Dem Wid It Sauce, a fire-roasted habanero and soy-based jerk sauce.

What’s the one cooking tool that a chef should not be without?
TB: A dutch pot (aka Dutch oven)! A good ole dutchy is simply the most functional pot for frying, steaming or stewing! 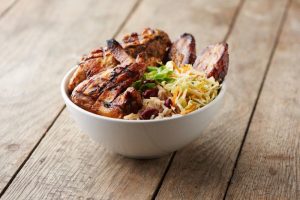 What inspires you when you are in the kitchen?
TB: Honestly, I always remember as a kid growing up and watching my grandmother Babylou in the kitchen. She would understand the science, art and spirit of good food, and always reminded me “Good food a glory!”

What is your favorite Jamaican meal?
TB: Nothing compares to a big pot of stew peas, with pig’s tail, salt beef and any meat one can find, along with some spinners dumpling served over white rice. Mi wudda nyam dat till mi belly buss!

If you were on a desert island and you could have one food what would it be…
TB: The one thing to eat in such a situation is some good Hellshire Beach fried fish and festival! Plus, extra escoveich peppers, carrots and onions to drown the fish’s miseries.

A movie you never get tired of watching…
TB: Bond. Any Bond!

Growing up your hero was…
TB: My loving, hardworking mom and the aunts who raised me. It really took a village!

Thanks for your time. Any closing words?
TB: My purpose is so much greater than I am. I’m blessed to be an ambassador of Jamaica’s rich culinary culture.