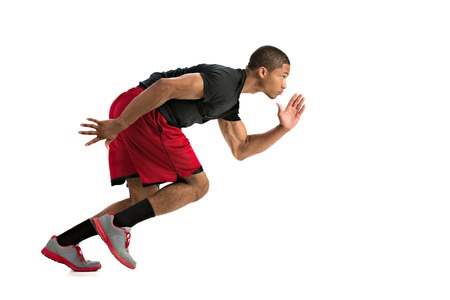 The Caribbean’s athletic prowess is once again on display as the athletes participate in the 15th World Championships in Track and Field in Beijing, China. Jamaica, the Bahamas, Trinidad and Tobago, Anguilla, Barbados have all gone into advance rounds and finals of a variety of events.
Usain Bolt’s defence of his 100 metres title created a BUZZ; Shelly-Ann Fraser Pryce also had a successful defence of her 100 metres title; the 400 metres hurdles bronze medallist, Jeffrey Gibson from the Bahamas was exhilarating; O’Dayne Richards showed why the Commonwealth title was worth something in the men’s shot putt, copping a bronze medal…I could go on. The four Jamaicans in the 400 metres final and so many other stories are what are keeping the headlines changing day by day across track and field world.

The Caribbean is obviously a hot bed of talent and with football (soccer); cricket, basketball, swimming, baseball, netball as major sporting disciplines the islanders excel in, the region should find a way to unite to build, sustain and improve on its current showing. Not many developing regions have this quality talent along with other intangibles such as will power, grit, determination – what the region does have though to complement the talent is strong technical support. A major gap though is facilities and that is of great importance to an athlete’s development for any kind of competition on the world stage.

University of the West Indies and other Caribbean organisations

The UWI was built as a public educational institution which was to serve 18 English-speaking countries in the Caribbean to at the time unearth, unlock and develop economic growth through sectors of interest. The UWI has remained largely traditional in its output and has provided excellent scholars in those areas. But since 1948 when a few islands started participated in world sport at several levels including the Summer Olympic Games, the World Cup of Football and other well-known events, the UWI would have had enough time to consider developing work aimed at what was called the non-traditional sector – sports and culture.

The Caribbean has proven over the over in the last 30 years that its strength in the now more commonly called Creative Sector – has great potential for the region’s economic pursuits. The CARICOM, Caribbean Export Development Agency (CEDA) are two organisations that I am hoping along with the UWI can help the region in realising how those industries can be monetized for economic benefits.

In previous deliberations I have not been kind to CARICOM as I think they have ‘dropped the ball’ however with the region’s leadership changing hands and mind set, I am hoping for a positive turnaround. CEDA has stepped out of its comfort zone and has touched on the Creative Sector in an encouraging way. Here are some examples

Heard a recent interview with Heads of Sport departments for some of Jamaica’s top tertiary institutions and it was inspiring for a number of reasons. The three organisations were UWI, Mona; University of Technology and GC Foster College. The men are all under 40; they mentioned some of the areas of interest to grow sport included facility development as a central argument. While exclaiming that the programme of continuity is on; they all thought that equally the next line of coaches are already in training and some are already working at the top/elite level.

The Collegiate Sport system is closes to what can bridge the gap at this stage. I did an article in 2011 and there is some relevance today

What really needs to happen?

The resources of the Caribbean can be shared as there are enough islands with the same goals of attaining World Championship participation and Olympic glory. The question we ask can each island maintain its current status in sport development or should some resources be shared?

Over the last two years or so, I have read some interesting Sport books – Phil Jackson’s 11 Rings: Secret of Success; John Calipiri’s – Coaching from the Inside Out and now Tim S. Grover’s – Relentless each of which showed that while each player had their own way of doing things; some of the professionals who offered them services were the same though. For example, so many NBA players have the same Psychologist, Trainer, Agent and even Publicist; but what remains is the individual mark of that athlete.

What would it take the shared-service concept to be used at the elite level with different sporting disciplines? Why wouldn’t Jason Holder, Julian Forte and Kelli-Ann Baptiste have the same trainer for example? Before you jump all over this article…let me help guide you.

Preparation here means early work, fitness, endurance, psychological and even lifestyle – this is what elite centres do. What this would do is integrate the roles so football players, track and field athletes, cricketers, netballers, swimmers in the same place before competition so there is interaction from early. There is some amount of evidence that elite centres work. In Australia for example they have 117. We would have seen how the Australian sport industry has flourished in recent years. There is even an association of sport centres and they are meeting in Puerto as I write there are best practices. Some countries that are members include Brazil, Canada and there are numerous centres worldwide.

The Caribbean seems set to overtake and surpass its previous years of dominance in some disciplines; however, like West Indies Cricket, while we were relaxing and enjoying the ride, others were watching and using our own strategies to beat us.

This article is pointing towards a recovery period for West Indies Cricket in the short, medium and long terms where if we take the shared-resources approach the improvement can be massive over sustained periods. I am proposing within the next five years we try the following:

This list is not limited to the three suggestions, but it is a start. Maybe I am being selfish as the premise of this recommendation is to benefit cricket directly, however, I guarantee with the kind of talent we have there can be merit to this approach. The concept of the Elite Sport Centre is not new and the Caribbean can benefit greatly.

I end with this quote from Relentless – “If you are a true competitor, you always feel pressure to attack and conquer, you thrive on it. You intentionally create situations to jack up the pressure even higher, challenging yourself to prove what you are capable of. Be a Cleaner – every moment is a pressure situation, everything is always on the line.” Tim S. Grover