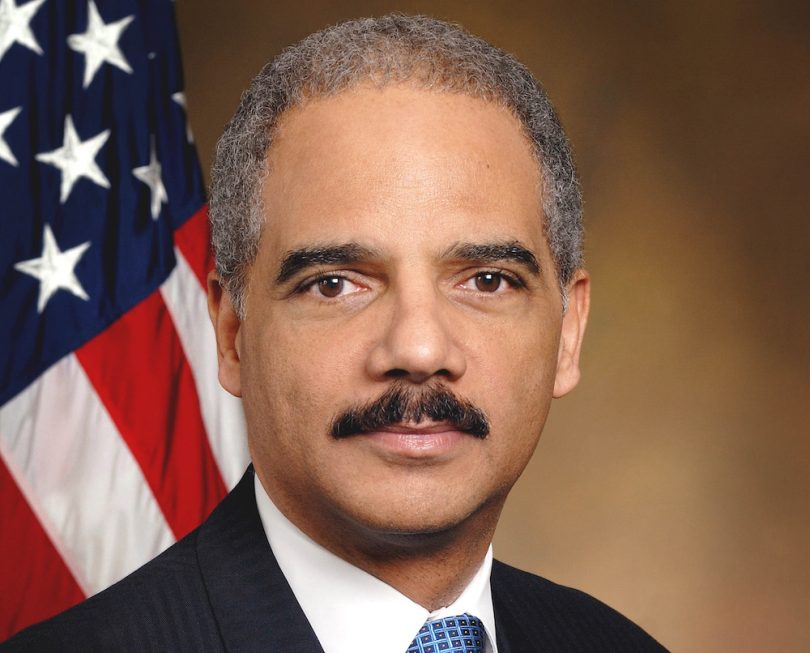 American lawyer and the first African American to serve as United States Attorney General, Eric Himpton Holder Jr. was born in 1951 in the Bronx in New York City to a father from St. Joseph in Barbados and a mother whose parents were immigrants to New Jersey from St. Phillip in Barbados. He grew up in Queens and attended public school until he was ten years old. In fourth grade, he was chosen to participate in a program for gifted Black students. He graduated from Stuyvesant High School in 1969, then went on to graduate from Columbia University in 1973 with a BA in American history. He received his law degree from Columbia Law School in 1976, after which he worked for a summer at the NAACP Legal Defense and Education Fund and another summer as the US Attorney for the Southern District of New York. He also for the US Department of Justice Public Integrity Section for 12 years. He was a judge of the Superior Court of the District of Columbia before he was appointed the US Attorney for the District and then-Deputy Attorney General by President Bill Clinton. After working in the Clinton Administration, he practiced law at Covington & Burling in Washington DC. Holder was the senior legal advisor to Barack Obama in Obama’s presidential campaign and one of three people on the committee to select Obama’s vice president. When Obama was elected President of the United States, he appointed Holder his Attorney General in his first term. He was succeeded as Obama’s Attorney General in 2015 by Loretta Lynch and returned to Covington & Burling to practice corporate litigation. He is involved with reforming the US voting system through the National Democratic Redistricting Committee.