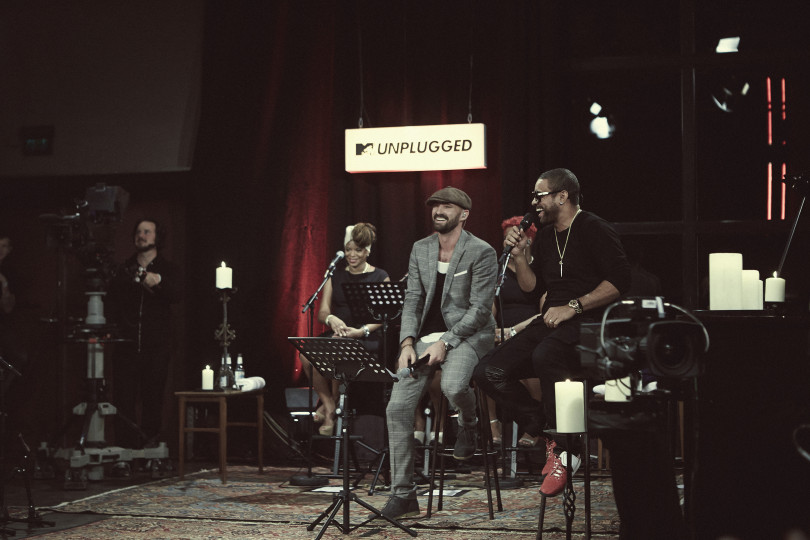 Gentleman, the German multi-platinum and award-winning reggae artist, will release his MTV Unplugged album in the U.S. on November 6, 2015 on VP Records. The 28-song live acoustic set is a wonderfully balanced mix of milestones in Gentleman’s 15-year plus recording career. In North America, the album follows Gentleman’s 2012 U.S. debut Diversity, which charted at #1 in Germany as well as #2 in Switzerland and Austria.

Gentleman will return stateside next week in support of this release. He will perform the album live in NYC at Milk River (960 Atlantic Ave, Brooklyn, NY, 11238) on Nov. 5. Doors open at 8pm. To purchase tickets visit: http://www.eventbrite.com. Then, he heads to Florida on Nov. 7 for a fan meet & greet at VP Records retail store from 3-7pm in Miramar. The following day (Nov. 8) in Miami, he will join Christopher Martin on stage at the Grace Jamaican Jerk Festival and perform later that evening at Jazid.

In this epic session recorded at the Cologne Stadtgarten, Gentleman jams with his eight-piece band The Evolution and other high-profile musicians from Germany and Jamaica. The acoustic versions of Gentleman’s “Dem Gone”, “Superior”, “Send A Prayer” and “Different Places,” which have long become canons of pop music in Europe, demonstrate how melodic and memorable his songs are. He not only has a knack for crisp riddims and catchy melodies, but is also a gifted songwriter and singer with an unmistakable voice. The two exclusive new songs in the set are “Warn Dem” featuring Shaggy and “No Solidarity” featuring Ky-Mani Marley.  Other guest collaborations include Christopher Martin on “To The Top,” Tanya Stephens on “Another Melody,” Milky Chance on “Homesick” and Marlon Roudette on the cover of Mattafix’s “Big City Life.” The live classic “Rainy Days” is polished to perfection and the crowning finale is Bob Marley’s “Redemption Song” with Ky-Mani Marley, the son of the reggae legend.

With 10 albums under his belt and over one million collectively sold in Europe, Gentleman is a crucial component in the movement of international artists beyond Jamaica who are expanding the footprint of reggae music.