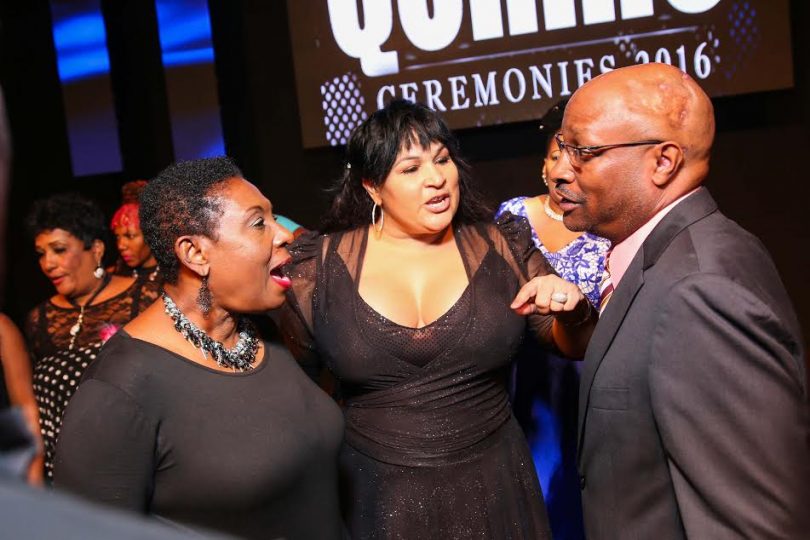 If the first staging of the Queens of Reggae Island Honorary Ceremonies- QORIHC, held at the Courtleigh Auditorium on Sunday night is a depiction of what the annual event will look like, then we can certainly look forward to a fantastic yearly showcase.

The event, although getting off to a slightly late start, definitely fulfilled its promise to honor women in the arts and entertainment with tangible and intangible tributes throughout the night. With all eight nominees present, the seamless transition between presentations and performances heralded by host Francois St Juste kept the ample audience thoroughly entertained.

Promoters of the event NyteNursePro are excited about this year’s showcase and are already looking forward to start the preparations for the 2017 staging.

“We are so excited that we received such rave reviews for our first ever staging of QORIHC, the honorees are very appreciative of this highlight and we look forward to next year’s show being even bigger and better so that we are able to give much more to our special cause, the Gregory Issacs Foundation Children’s charities” Mye Laurell, CEO of NyteNursePro shared

“There are so few events like this that show appreciation to hard working women while they are alive and able to appreciate it. Even though I’m honored every year, somewhere in the world, QORIHC is special to me because this is all women and there is strength in that, congratulations to Laurell for the QORIHC vision and a great first event!” Sister Nancy added

The QORIHC committee will meet later this year to discuss the list of prospective honorees for 2017 which will include nontraditional areas including makeup artistry and background vocalists. This year’s QORIHC Ceremonies were under the patronage of the Mayor of Kingston Councillor Dr. Angela Brown Burke.