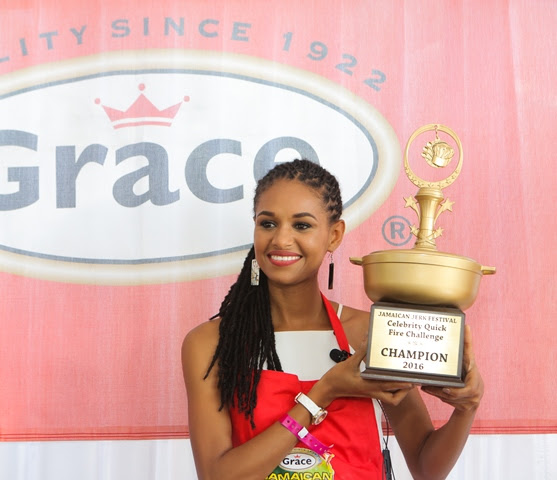 On a perfect day, without even a menacing cloud in sight, some 15,000 patrons descended on Roy Wilkins Park in Queens for the 6th Annual Grace Jamaican Jerk Festival. Diehard Jerk Festival fans and some first-timers came for their “taste of fun” but got that and so much more.

The event on Sunday (July 17, 2016), was marked by an infinite variety of delicious Jerk foods and all-day fun with cooking demonstrations and competitions, cultural presentations and the riveting entertainment on the Main Stage.

Over by the Jerk Cook-off Pavilion, epic battles were fought and the chefs and celebrities with the best cooking chops took the top spots in the fiery competitions. In the Celebrity Quick Fire Challenge Miss Jamaica World 2015, Sanneta Myrie took the crown with her “Miss Jamaica World Mix Up”, deftly staving off challenger NYC Public Advocate,Letitia “Tish” James who proved to be very entertaining in the heat of battle delivering humorous lines as she created her dish. The contestants had to prepare a dish from a basket of fish, bread, chicken, cake and rice.

In the Dish Call competition, Damion Smith Catering was awarded first place for their Jerk Chicken dish earning him the Gold Dutch Pot Trophy and Five Hundred Dollars. Woodfire Grill was judged second and walked away with the Silver Dutch Pot Trophy and Two Hundred and Fifty Dollars while Nostrand Jerk placed third.

From Mento to Reggae

Entertainers on the Western Union Cultural Stage along with bun eating contest and hula hoop contest delivered a healthy dose of family-friendly culture-rich performances. From dancing by the Vision Dance Company and poetry from Sheldon Shepherd, to a fashion show showcasing Maxwell Royalty designs, patrons got hours of high-quality entertainment.

The excitement on the Main Stage has always been a bonus for Jerk Festival fans, and this year was no different. With VIP guests right in front of the stage and a sea of excited patrons clamoring for a good “stage show,” the entertainers delivered impressive performances. British born Mark Anthony Abel opened the performance followed by Ikea who impressed the audience with her performance. Soca sensation Rupee took the stage with his high energy performance, delivering his many hits to the delight of the crowd. Dexta Daps had the ladies screaming as he could do no wrong on stage. Delivering his popular hits and some new releases, the young singer lived up to the hype and performed an excellent set.

Gyptian’s performance did not go as expected, but his set got some life when he surprised the crowd and introduced Khago and Kranium on stage for a cameo appearance. Comedian Pretty Bwoy Floyd had the audience in stitches while Platinum Kids DJs dished out a taste of dancehall music between band changes.

The legendary Third World, with frontman, the indelible A.J. Brown, delivered a stellar performance of some of the band’s popular hits and closed with “Now That We Found Love”, bringing to a close another successful and a phenomenal Grace Jamaican Jerk Festival in New York. 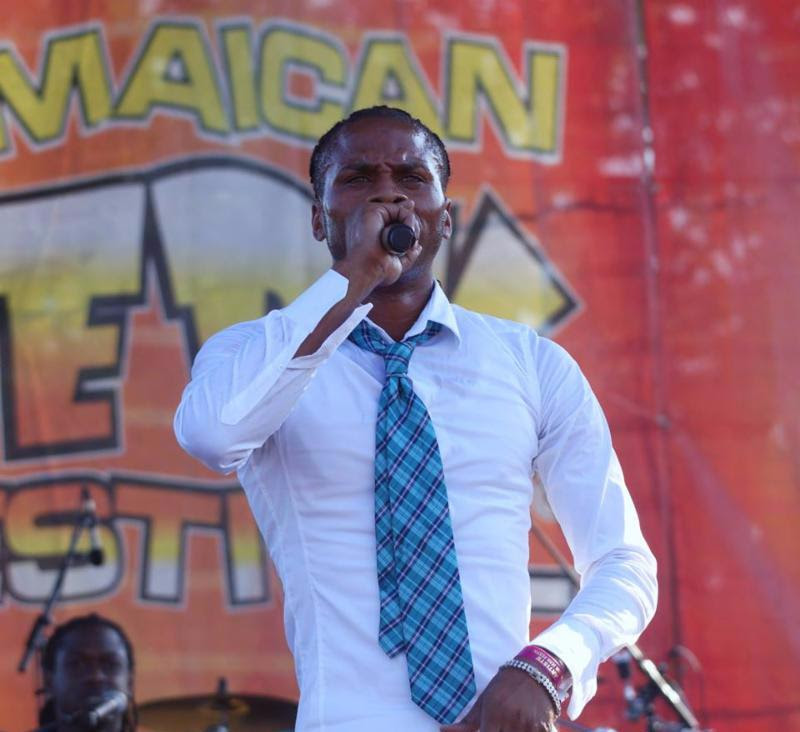