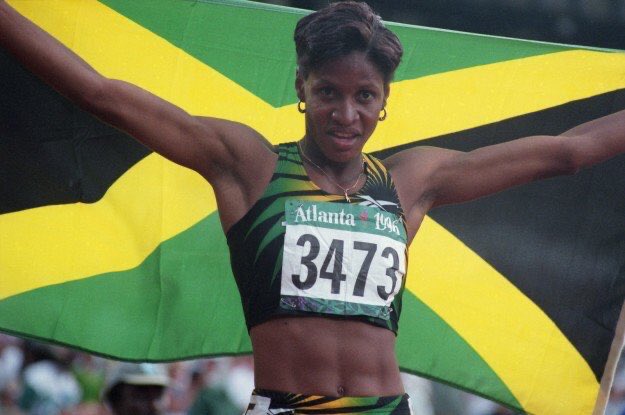 Deon Hemmings-McCatty, the first female athlete to win an Olympic gold medal for Jamaica, was honored at an event launching a new book and film about track-and-field sports at GC Foster College on November 4, 2022. Hemmings-McCatty is the former Jamaican national 400-meter hurdles champion, and she was celebrated for the impact she has made as an inspiration for young and local athletes.

The new film, “Finding Foster: The Search for Jamaica’s Lost Sprint Hero,” will be premiered at the event. The new book, “50 Days Afire: Inside Jamaica’s Long Sprint to Freedom,” which will be launched then as well, covers the 50 most significant performances by Jamaica’s athletes in more than 115 years of competition. It begins with the achievements of G.C. Foster in the United Kingdom in 1908 and is the third collaborative effort of author Michael A. Grant and athletics analyst Hubert Lawrence. The film was developed by Grant, who discovered significant information about and photographs of Foster, a pioneer sprint athlete and coach, while researching the book.

Gerald Claude Eugene (G.C.) Foster was born in 1885 in Spanish Town and excelled in the sprint, cricket, and tennis. He set a national record for the 100-yard dash at the age of 19, but despite being recognized as one of the top sprinters in Jamaica, was unsuccessful in his attempt to participate in the 1908 Summer Olympics. He went on to become one of Jamaica’s highly praised athletics coaches and trained athletes for the Summer Olympics and Commonwealth Games. He died in 1966. G.C. Foster College of Physical Education and Sport in Spanish Town was named for him.