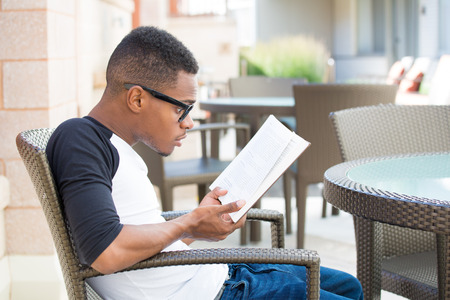 As with every other aspect of Jamaican culture, the language is a source of fascination. Having been first colonized by the Tainos, ‘discovered’ by the Spanish in 1494, and then captured by the English in 1655, Jamaica is not only rich in history, but in terms of the language.

Jamaican Patois is a hodge-podge of words and phrases appropriated from these languages. With the arrival of indentured labourers during the post-slavery era, as well as others seeking to improve their fortune, the flavour of the ‘lingua’ became even more interesting. Here are five words we’ve made our own.

Bickle – This word has a Latin root and came to us via British settlers. Vittles or victuals are provisions or food supplies. On the Jamaican scene, ‘bickle’ simple means food ready for consumption and the term is mainly used in rural areas.

Boneyfied – The phrase bona fide means the same thing in every culture—authentic, something done in good faith—but we’ve added that extra something in the middle to make the word uniquely Jamaican.

Cuchiment – Taken from the French, accoutrement in the Jamaican context not only covers equipment, clothing and accessories, but includes ‘bag and pan’ which are personal belongings that may not necessarily be of value to anyone but the owner.

Instral – Entrails is another word with Latin roots that came with the English. During slavery, when an animal was butchered, nothing was wasted. The best parts naturally went to the plantation owner or the  ‘big house’ and whatever was left—the head, feet, and entrails/intestines (otherwise known as instral)—was given to the slaves. Cow, goat and pig ‘instral’ are still enjoyed on the island today.

Marina – The merino sheep is valued for its soft, fine wool which repels water. The breed originated in Spain and the wool was used in the production of shirts, socks, and underwear.  In tropical countries, the undershirt was adapted to the warmer climate and became a tank top worn under the shirt to wick moisture away from the body and keep the wearer cool. In true Jamaican fashion, we’ve bastardized this word.