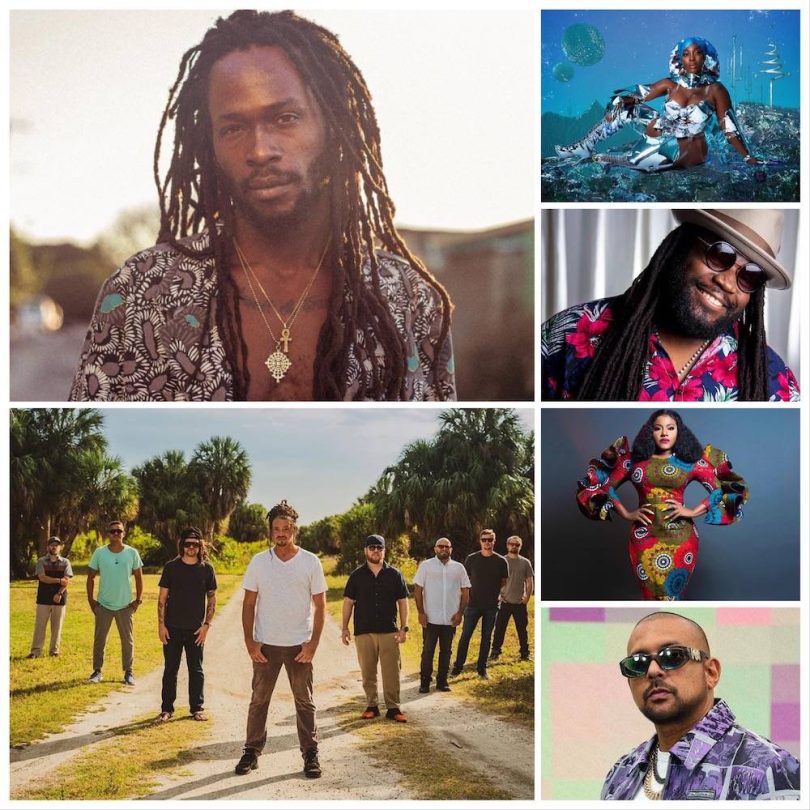 The Grammy nomination is the first for Grace Latoya Hamilton, better known by her professional name of Spice, whose album “10” dropped on August 6, 2021. Spice, who was born in Spanish Town, Jamaica, has been dubbed the “Queen of Dancehall.” The album was produced by Jamaican dancehall star Shaggy, and its lead single “Go Down Deh” features Shaggy and fellow Jamaican Sean Paul. It hit the top of several reggae charts since its release, peaking at Number 6 on the Billboard Reggae Chart.

Sean Paul Ryan Francis Henriques, OD, was born in Kingston and is widely recognized as one of the most prolific reggae and dancehall artists. The 2022 Grammy nomination for his album “Live N Livin” released on March 12, 2021, is Paul’s ninth; he won the Grammy in the Best Reggae Album category in 2004 with “Dutty Rock.” “Live N Livin” is his seventh studio album and features Agent Sasco, Buju Banton, Busy Signal, and Damian Marley, among others. It peaked at Number 9 on Billboard’s Reggae Chart.

Jesse David Royal was born in St. James Parish, Jamaica. The Grammy nomination for his second album “Royal” is his first. It was released on June 11, 2021. The lead single “Rich Forever” from the album features Vybz Kartel. The album also features Runkus, Stonebwoy, Protoje, and others.

The 2022 Best Reggae Album nomination is the second in this category for Etana, who was born Shauna McKenzie in Kingston, Jamaica. “Pamoja,” which was released on June 25, 2021, is her eighth album and her fourth independent project.

Roy “Gramps” Morgan is the son of Jamaican reggae artist Denroy Morgan. He is a member of Morgan Heritage, the Grammy award-winning reggae band. Many of his siblings are also in the music industry. His album “Positive Vibration,” which was released on July 23, 2021, represents his first Grammy nomination for a solo project.

SOJA received its second Grammy nomination for the album “Beauty in the Silence,” which was released on September 21, 2021. SOJA is an acronym for “Soldiers of Jah Army.” This American reggae band is based in Arlington, Virginia, and its 2014 album “Amid the Noise and Haste,” which featured Damian Marley, J Boog, Anuhea, and Collie Buddz, peaked at Number 2 on Billboard’s Reggae Chart.