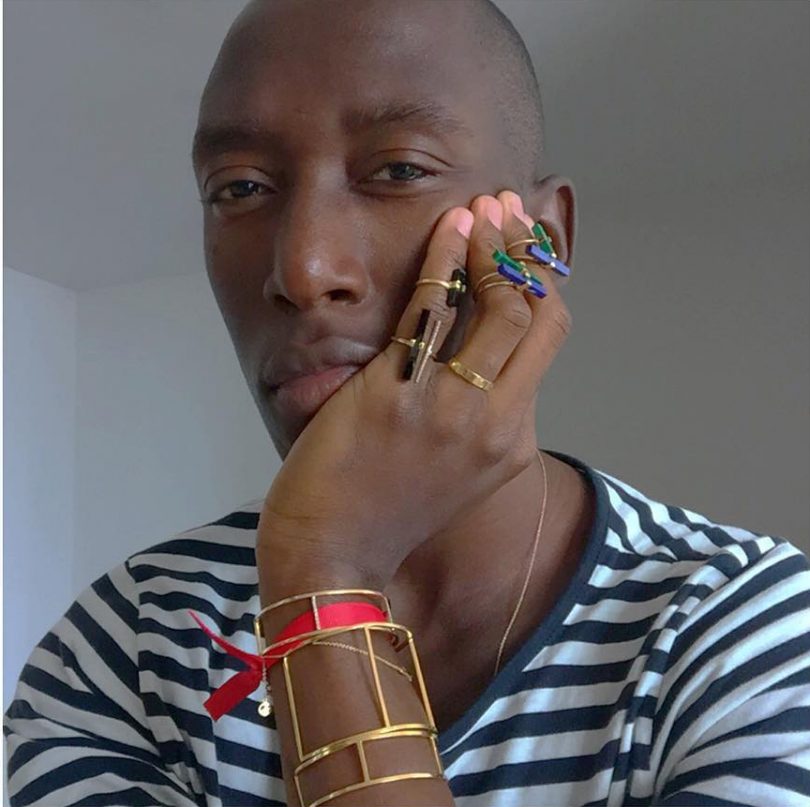 Matthew “Mateo” Harris, who initially launched his jewelry as a men’s brand, attained success by adapting to change and seizing the moment. When megastar singer Rihanna appeared wearing one of his zipper necklace designs in 2009, it led him to launch a women’s line in 2014, and since then, MATEO New York, his flagship store, has continued to grow and expand. Harris added a line of small leather goods and scented candles to his offerings. Harris was surrounded by fashion throughout his childhood. He grew up in Montego Bay, Jamaica, and his mother was a seamstress. After attending college, he fell into jewelry making by chance and discovered his passion for it. He traveled to New York City and began asking questions and watching YouTube videos to continue learning. “I am a self-taught designer and I am truly proud to say that.” Harris captures his customers with graphic design and products priced for affordable luxury. When Harris is not working in his studio, he travels the world to bring the brand to global buyers. In an interview featured in Forbes magazine, Harris said that creating a flagship shop in New York City’s Soho district was “invaluable” as it allowed him to learn more about his customers. The shop has impacted the business overall, as well as how he designs and what materials he uses in his pieces. Harris said he had initially perceived his female customers to be “true millennials,” but that he has been surprised to find women in their 50s and 60s buying two or three of his pieces at a time. He prides himself on creating “great personality jewelry at affordable luxury prices.” After transitioning his brand into women’s fine jewelry, Harris began to draw his design inspiration from Modern Art, with each of his collections created with the concepts of simplicity and minimalism in mind. His selection as CFDA x Vogue Fashion Fund finalist allowed him to learn more about himself and to appreciate the qualities of tenacity and strength that he has. The rapid growth of MATEO New York has required the firm to strategically manage the business for sustainable growth. The business entered new categories as a result: designer leather goods launched at Saks Fifth Avenue and Bloomingdale’s in the United States, for example. When asked about what he learned in his early days in the business, Harris described how he took the time to sketch designs and create concepts that he wanted the brand to utilize. “It is important to have a brand DNA and message in order to set your company apart.” He sees benefits in being an entrepreneur who can learn along the way and noted that the “learning process never ends.” He went on to say, “You learn how to build a team. You learn how to budget and sustainably grow. MATEO is still self-funded to this day. You learn how to take strategic risk and make those tough decisions. The list goes “