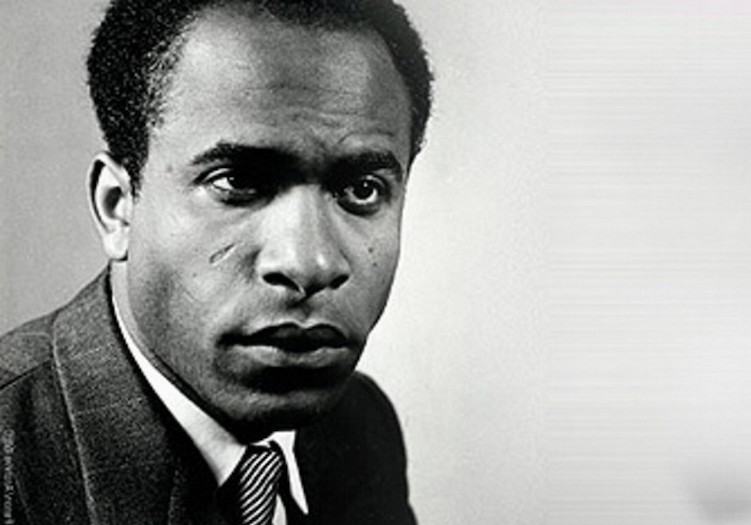 Psychiatrist, political philosopher, and writer Frantz Fanon was born in Martinique in 1925 when the island was still a colony of France. He was one of the most influential anti-colonial intellectuals of his time, and his example and writings have inspired many national liberation movements, including those of South Africa, Sri Lanka, and Palestine. He also developed the model for a community approach to psychology, believing that mental health patients improved more if integrated with their families and community instead of being institutionalized. Fanon left Martinique at age 18 to join the Free French in 1943 and served in Algeria, Oran, and France. Wounded in 1944, he received the Croix de Guerre, but with the defeat of the Nazis, all non-white soldiers in his regiment were removed and sent to Toulon in Provence, then to Normandy before being sent back to the Caribbean by 1945. He was radicalized by his experience of European racism during his time in the military. Fanon received his education in Lyon and in 1951, after qualifying as a psychiatrist, did his residency at Saint-Alban-sur-Limagnole where his was exposed to the role of culture in psychopathology. He practiced psychiatry in Pontorson and then from 1953 in Algeria, where he worked at the Blida-Joinville Psychiatric Hospital until he was deported in January 1957. After his deportation, he ended his support of France’s colonial efforts in Algeria and moved to Tunis to join the FLN. He served as the provisional Algerian government’s ambassador to Ghana. On his return to Tunis he was diagnosed with leukemia. He sought treatment in the Soviet Union and in the US under the eye of the CIA at the National Institutes of Health in Maryland, where he died in 1961. He was interred in a martyr’s cemetery in Ain Kerma, Algeria. Two of his most influential works are “Black Skin, White Masks” and “The Wretched of the Earth.”