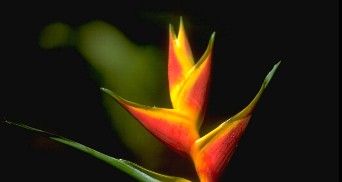 Jamaica’s geography is, unlike that on some of its Caribbean neighbors, diverse. While many tropical islands are flat and featureless, Jamaica is large enough to have a full menu of topographical features – mountains, waterfalls, rivers, forests, plains, caves, bays, beaches.

RiversThe island covers over 4,000 square miles. Mountains run like a backbone down the center from east to west, and along the journey they create a quiltwork of 160 rivers and cascading waterfalls. The largest river on the island is the Black River, navigable for about 25 miles. Other significant rivers include the Rio Cobre, the White River, the Rio Grande, and the Lethe.

Mountains
The most mountainous, unsettled area is the eastern end, location of the Blue Mountains. The mountains form the boundary between the Portland and St. Thomas parishes, running for about 50 miles. It’s here that the famous Blue Mountain coffee is grown, and it’s also where you’ll find the world’s second largest butterfly, the Papilio homerus. Formed by an uplifting of a limestone plateau, the mountains include a look at the exposed strata below. Peaks top 7,500 feet above sea level, and visitors often find themselves grabbing for a jacket in the cooler air.

The mountain system is actually two ranges. In the northern section – called the Central Range – lies the highest point, Blue Mountain Peak, at an elevation of over 7,400 feet. The second range, called the Port Royal Mountains, rises above the Liguanea Plain just north of Kingston.

The John Crow Mountains are the largest limestone range in the country. Although their name may not be as recognized as the Blue Mountains, these landforms rise from the northeast of the island between the Caribbean Sea and the Rio Grande.

Caves
Limestone accounts for the great number of caves found in Jamaica. Karst, a limestone terrain marked by sinkholes and underground caverns, is found near the Cockpit Country, the region in the island’s interior that remains as untamed as it was in the days of the Arawaks.

INTERESTING FACT: This rugged terrain is primarily home to the Maroons, descendents of runaway slaves who took to the hills and settled the village of Accompong.

Communities
Jamaica is also a patchwork of communities. The capital city is Kingston on the south shore, a metropolitan area that’s visited primarily for business rather than pleasure. The resort communities lie on the north shore. Quiet Port Antonio, once a hideaway for Hollywood stars, lies to the east. Heading west, the garden city of Ocho Rios is popular with couples. Montego Bay, or Mo Bay, is the first taste most visitors have of the island as it’s the home of the north shore airport. To the far west, Negril was once a hippie haven, but today it’s a delightful vacation spot with a laid-back atmosphere and unbeatable sunset views.

Agriculture
Jamaica is incredibly lush and fertile. Fruits, orchids, bromeliads, hardwoods and ferns all thrive in this rich soil and bountiful environment. Sugar remains a major product, and during the summer months don’t be surprised to see fires across the island as farmers burn off the stubble of harvested crops. During this time, the air sometimes becomes heavy with smoke and burnt sugar.