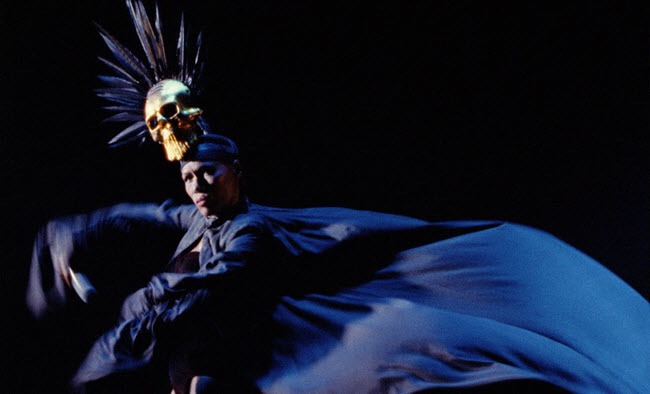 “Grace Jones: Bloodlight and Bami” re-invents the music film as an electrifying journey through the performance, private and public worlds of pop cultural icon Grace Jones, whose bold aesthetic echoes throughout the film. Director Sophie Fiennes (The Pervert’s Guide To Ideology, The Pervert’s Guide To Cinema, Over Your Cities Grass Will Grow) creates a powerful cinematic experience, contrasting breathtaking musical sequences with intimate personal footage, ultimately reaching beyond the iconic mask. We also see Jones getting back to her Jamaican Roots as she connects with family back home and reminisces about the highs and lows of her strict religious upbringing.

We Are Parable, The British Blacklist and The New Black Film Collective have joined forces to bring you a special screening of the highly anticipated “Grace Jones: Bloodlight And Bami”, the documentary which gives rare and exclusive insight into the world of musical icon.

Join us on Sunday 29th October at Ritzy Brixton for an exclusive chance to see behind the legend, the fashion muse, the ground breaking musician, and icon at her most open, honest and relatable. This special screening of “Grace Jones: Bloodlight and Bami” will be followed with a panel discussion and afterparty with a VJ/DJ performance from DJ Croc.

Executive producers also include James Wilson (Under The Skin, Shaun Of The Dead, 20,000 Days On Earth), Francesca Von Hapsburg (Marina Abramovic: The Artist Is Present) and Émilie Blézat. The hats worn by Grace in the film are created by haute couture designer Philip Treacy. The staging for the performance sequences are based on the concepts designed for Grace Jones by Oscar winning designer, the late Eiko Isioka.