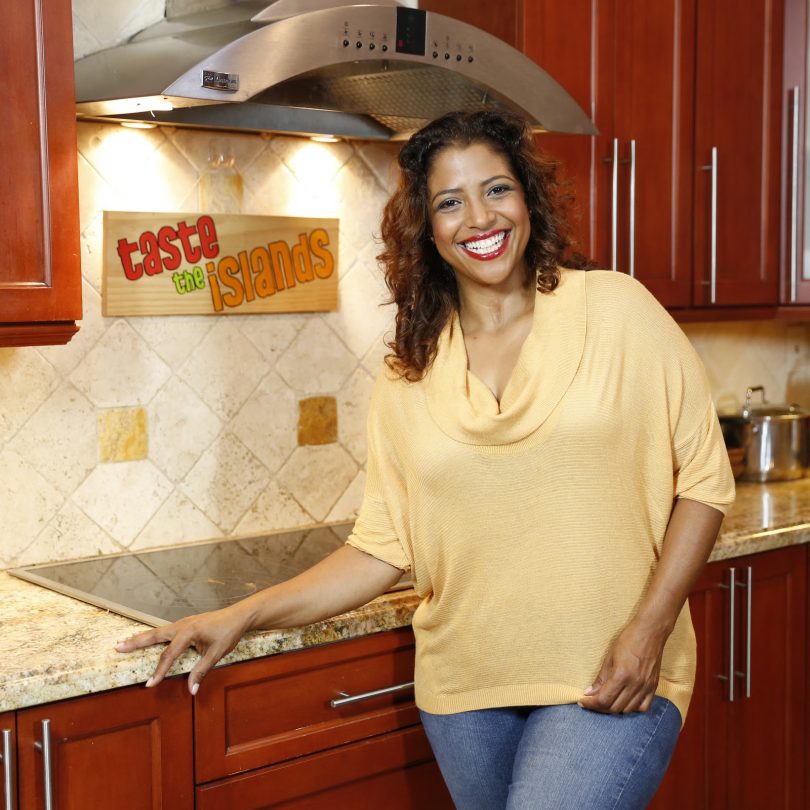 Last week, Cynthia “Chef Thia” Verna almost broke the internet. After annihilating over 30 of the most acclaimed chefs from around the world to win prestigious international culinary competition the Events DC “Embassy Chef Challenge”, the emotional Facebook Live video she posted went viral, racking up over 200,000 views in its first 24 hours online. She was joined in the clip by Food Network Extreme Chef Terry French, who sat on the floor next to her and her golden pineapple trophy, showering her with praise and adulation.

The new co-host of national Caribbean food and travel series “Taste the Islands” was chosen by the Haitian Embassy in Washington DC to represent their country in the competition held Wednesday, May 24th at the Ronald Reagan Building and International Trade Center. Chef Thia took on chefs from countries including Belgium, Qatar, Jamaica and the United States, to become the first woman to win top honors from the more than 1,000 tasters in attendance. Her sample included Chilled Creole Shrimp with a Rum Punch Cocktail.

You can catch Chef Thia with her co-stars from “Taste the Islands” season two on Create®TV each Sunday, premiering June 11 at 7:00PM EST, and on public television stations around the country starting July 1. She’ll be serving this and other recipes from her repertoire at The Taste the Islands Experience, an evening of fine Caribbean cuisine, at the Miramar Cultural Center in South Florida on Thursday, June 1 from 6:00 – 10:00PM.

“Taste the Islands” is a half-hour cooking series featuring Caribbean-themed recipes and travel segments. Funding for season two is provided by Barbados Tourism Marketing Inc, Grace Foods and Lakay Food, and the series is distributed by American Public Television.