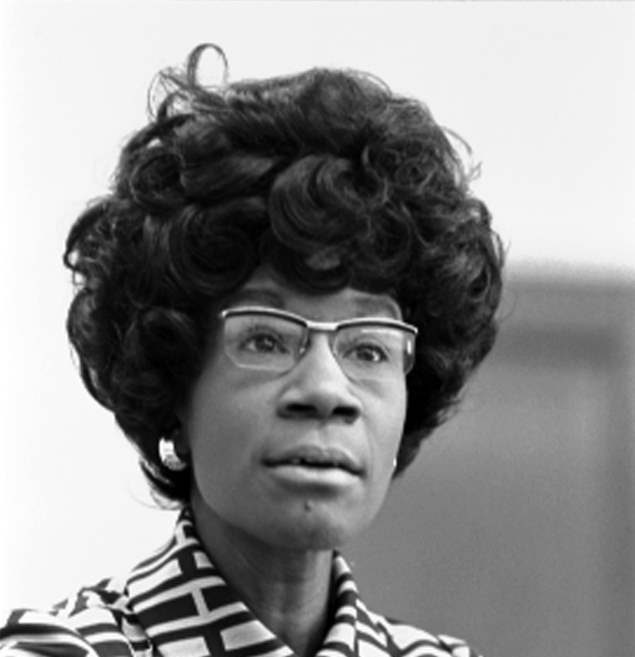 Unbought and Unbossed, the title of Shirley Chisholm’s autobiography is an apt summary of her life. She was a trailblazer in politics, the first major-party black,female candidate to run for president, a bid that opened doors for both minorities. She was also the first black woman to serve in Congress beginning in 1968; she served seven terms and was a founding member of the Congressional Black Caucus. Her political career began as a New York state Legislator from 1965 to 1968 where she achieved success in improving the lot of domestic workers and disadvantaged students. Her interest in community service was a natural outgrowth of her early work as a Day Care Director, where she became an authority on child welfare and education issues.
Ms. Chisholm credits her ability to speak and write well to her early education in Barbados. Her parents were immigrants from British Guiana and Barbados who worked in modest occupations. They insisted that she return home for a strict West Indian primary schooling from age three until age ten. From then she was schooled at Brooklyn institutions and received her MA in education from Brooklyn College. In 1949 she married Conrad Chisholm, a Jamaican immigrant who eventually became a Private Investigator. In her later years she was offered the position of the U.S Ambassador to Jamaica in 1997. However, she became ill and the offer was withdrawn.

Shirley Chisholm was a staunch champion for women, the poor and African-Americans throughout her legislative career. She contributed vigorously to social justice through advocacy, activism, and education.