IDB and UNESCO: It is urgent to address deficiencies in school infrastructure to promote education quality in Latin America and the Caribbean - Jamaicans.com 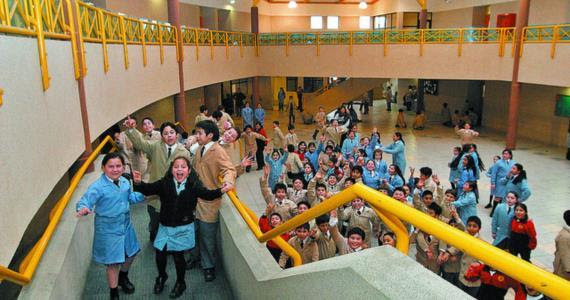 A significant number of the region’s students, especially those from lower income families and located in rural areas, do not have ensured access to schools with basic infrastructure resources.

A recent study released on March 9, 2017 by the Education Division of the Inter-American Development Bank (IDB) and UNESCO Regional Bureau for Education in Latin America and the Caribbean carried out a comparative analysis of the relation between the state of school infrastructure in the region and learning among students from 15 countries.

The research involves a comparison of students’ results in the assessments of the Third Regional Comparative and Explanatory Study (TERCE) and school infrastructure characteristics and it revolved around the concepts of sufficiency, equity, and effectiveness. The TERCE study was carried out by the Latin American Laboratory for Assessment of the Quality of Education (LLECE), which is coordinated by the UNESCO Regional Bureau for Education in Latin America and the Caribbean.

The study concludes that only one in four students in basic education in the region attend an educational center with sufficient school infrastructure. Sufficiency is a concept related to access to six infrastructure categories: water and sanitation; connection to services; educational or academic spaces; offices areas; multipurpose rooms, and classroom equipment. In contrast, almost one third of the students in basic education attend schools with only two or less categories that met sufficiency levels of school infrastructure.

Similarly, the analysis reveals significant inequalities in access to the different categories of school infrastructure, both in terms of students’ socioeconomic status and the geographic location of schools. In general, lower income students from countries that participated in TERCE attend schools with infrastructure in poor conditions.