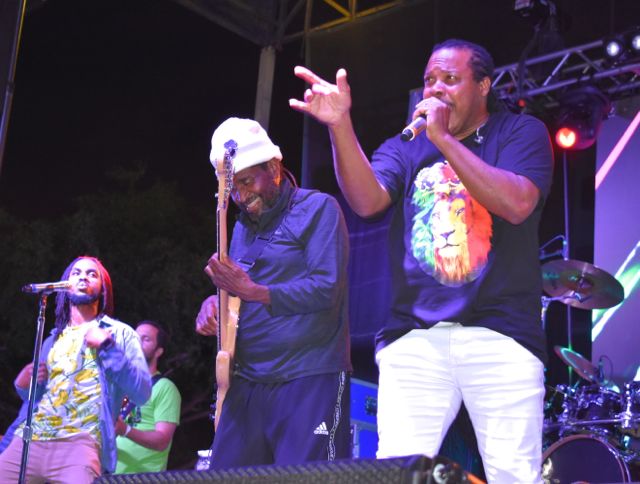 The 2nd annual Reggae Jam Festival in Miami on December 29th – ‘The Meeting of Legends’ –  was nothing short of an epic day and night of festivities for all ages.  Centered around Inner Circle’s 50th anniversary in reggae music, the iconic band was definitely in good company as they celebrated such a momentous occasion and impressive milestone in terms of longevity in the business.  The festival was also headlined by Steel Pulse, the Grammy award winning reggae band formed over 40 years ago in Birmingham, England as well as Mykal Rose–of Grammy awardee Black Uhuru.  And the newest rising star in the Marley family, Skip, was also among the night’s performers.  What’s more, Reggae Jam 2019 showcased several other reggae artists on the rise, including:  Amara La Negra (from the Dominican Republic), Jahfe, Redlyte, and Spred the Dub and the Resolvers.  This year’s staging of Reggae Jam was hosted by Nikki Z, the exciting and hugely popular radio host & personality, who has been blazing the airwaves in Jamaica for the past several years before recently relocating to South Florida to continue her work in the industry.  Jamaica’s Consul General to Miami was also a notable attendee at Reggae Jam 2019. 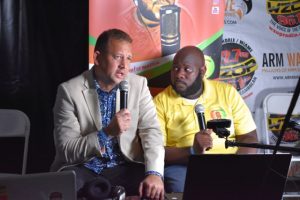 The festival experience got underway at the Ronald L. Book Athletic Stadium, located on Florida International University’s North Miami Campus, at 10am with the Reggae Breakfast Party.  There, Reggae Jam festival goers were able to indulge themselves in the flavors of Caribbean cuisine and traditional breakfast delights.  The breakfast segment was complimented nicely by the sounds of Supa Dups of Black Chiney, as well as Jazzy T of Renaissance Disco.  After that, there was the Reggae Jam Intellectual-Pop Up  that featured the sharing of wisdom by some of the greatest minds in Music, Health,and Wellness–who were on hand to discuss some of today’s hot button topics in those areas.

As it happened, the Reggae Jam concert itself got off to a lively start in the early evening courtesy of the Dominican songstress, Amara La Negra, whose set included a lot of dancehall-infused vibes and dance moves.  Also an actress, she is perhaps best known for her role on the VH1 reality TV show ‘Love & Hip Hop’ – Miami.  Reggae Jam attendees were certainly entertained by Amara who interacted with them well. 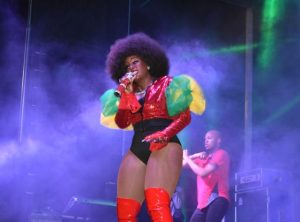 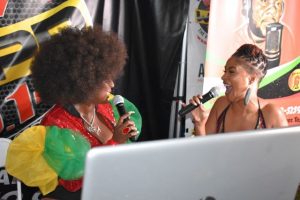 Hopping onto the stage after Amara, was the legendary Mykal Rose who has been on the ska and reggae music scene for over 25 years.   Perhaps his highest profile recognition emerged back in 1984, when he and fellow Black Uhuru band members (Duckie Simpson, Puma Jones, Sly Dunbar, and Robbie Shakespeare) garnered reggae’s inaugural Grammy award for their album, titled: Anthem.  Since then, Mykal ‘Grammy’ Rose, as he his often referred to, has had a stellar career as a solo artist.  On the Reggae Jam stage, Mykal definitely impressed the audience with his distinct singing style and vocal range.  And he certainly got some big forwards when he unleashed ‘Police and Thief Inna Shootout’ and ‘Guess Who’s Coming to Dinner’. 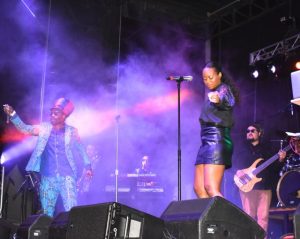 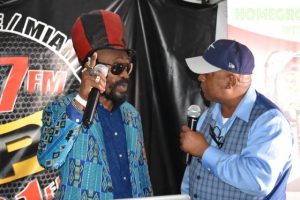 Following Mykal Rose, was the one and only Steel Pulse, yet another world-renowned reggae band with enviable longevity and a deep vault of hits spanning over four decades.  Just about a year ago to the day, on December 28, 2018, this top class British roots rocking reggae band had touched down in South Florida at Fort Lauderdale’s Culture Room and sold out two shows.  Originally formed in Birmingham, England in 1975, Steel Pulse are the first non-Jamaican born act to take home the Grammy Award for Best Reggae Album–‘Babylon the Bandit’.  At Reggae Jam 2019, the band’s eclectic lead vocalist, David Hinds, wasted no time in igniting the festival goers with the seminal hit, ‘Rally Round’ (the red, gold, black & green).  ‘Chant a Psalm’ was also earthshaking along with ‘Stop You Coming and Come’.  From beginning to end, the performance set of Steel Pulse was a high energy one as they unselfishly dished out hit after hit from their golden vault of jams. 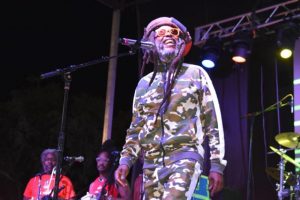 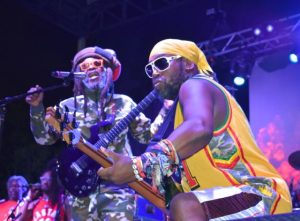 The ‘Bad Boys of Reggae’, Inner Circle, then closed the night in fine style, as they celebrated their 50th anniversary in reggae music.   Not only that, it is noteworthy that Inner Circle were also recently awarded the Order of Distinction in the 2019 National Honors and Awards in Jamaica.  Inner Circle are globally known for their infectious ‘Badboys’ anthem, which served as the theme song to the American TV show, Cops.  Reggae Jam Festival goers were surely stoked when Inner Circle performed yet another of one of their smash hits – ‘Sweat.’  There was even more excitement when Inner Circle were joined on stage by Skip Marley, the grandson of the late Reggae King.  And Skip is no doubt keeping in tow with the wonderful Marley family musical legacy and tradition by way of his monster new romantic single, ‘Slow Down’–which climbed to the top spot on the Billboard Reggae Digital Song sales chart (just two weeks after its release).  Skip’s live performance of the song at Reggae Jam 2019 was nothing short of captivating.  In support of Skip, as well as Inner Circle’s 50th, there were several members of the Royal Marley Family in attendance, including Cedella Marley (mother of Skip), Julian ‘JuJu’ Marley, Yohan Marley, JoMersa Marley, Hymn Marley, and the matriarch herself – Rita Marley.

Special thanks and kudos to all who supported and made this year’s event possible–especially organizer Abebe Lewis of Circle House Studios, whose father Ian Lewis is the leader of Inner Circle.  Reggae Jam 2019 was a gem of a show and without a doubt one to look forward to next year in 2020. 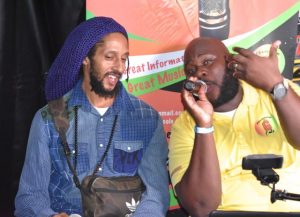 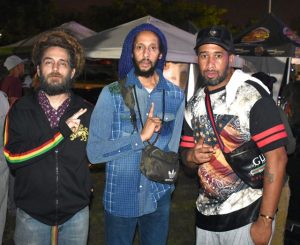 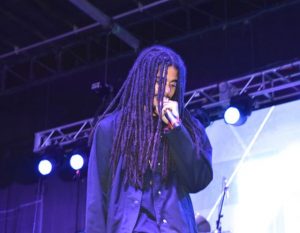 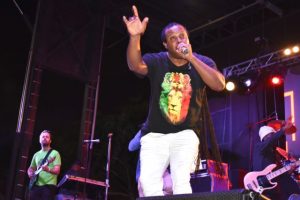 Photos by Nick Ford, who lives and works in South Florida