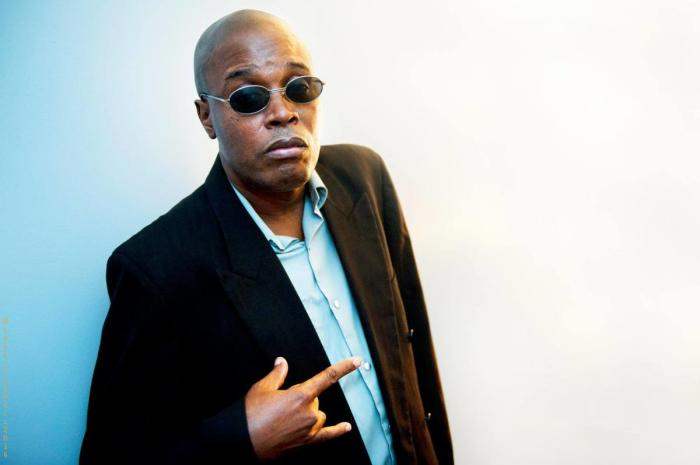 Washington, D.C.-based Thievery Corporation, Reggae, Electronica, Dub, Lounge, Jazz, Hip-Hop and Latin outfit signed reggae artist Sleepy Wonder in 1998. Since then Wonder has had a hugely successful career as an artist and as CEO of his own label NO Choice Music Imprint.  Jamaicans.com Senior Editor Stan Evan Smith caught up with Wonder for conversation about his musical career.

SES: Tell us about your background and how did you get started in the entertainment industry?
Sleepy Wonder: Growing up in Jones Town/Jungle in Jamaica, I was expose to sound systems like Stax, Gemini, Jaro, but it was Peter Metro that caught my eyes as a youngster, and Sugar Minott Youth Man Promotions, which gain the trust of my over protective mother, I was able to go to safe area’s and perform on Stax and Youthman Promotions in 1982

SES: List the genres of music were you exposed to growing up in Jamaica and New York?
Sleepy Wonder: In Jamaica, My parents used to play the hell outta Motown records… Sam Cooke was our Sunday evening music. When I migrated to NYC in 84 I was open to other genres such as Rap, Soca, All types of soul music. I was culturally confused hearing and seeing different religions and hearing many accents in NYC

SES: How did growing up with dual cultures impact or influence your music?
Sleepy Wonder:  I was sort of caught in the middle of hearing all these different genre’s of music, I myself became a melting pot of loving all types of music, so obviously I started mixing lyrics from R&B into writing my lyrics for dancehalls, using words that folks are already used to hearing on the radio or seeing on TV

SES: How would you describe your sound?
Sleepy Wonder: My sound is pretty much a mixture of some Shinehead, which is the freedom to mix and confuse the markets, LOL, Sleeps is what’s called a Entertainer… I adopted to the environment, that’s the reason I got signed with Thievery… I can attack any genre of music, and write lyrics to fit and match it.

SES: Do you remember the first time you ever got on a stage to perform? Where was it and what did it feel like?
Sleepy Wonder: The first time I made my public appearance on stage was in Jamaica, Stax was playing at a major event for the politicians and we had a chance to perform in front of TV and other media’s and I brought the house down at 12 yrs old.. I came from the same camp as Beenie Man, Little Kirk, and Tanto Metro. We were all child prodigy in our area, I migrated early, so that’s why I broke loose in NYC, while they broke loose in Jamaica

SES: Tell us about your songs ‘Why Did You Leave To Cry’ and ‘Another Gear’, did you write these songs, if so what was the inspiration?
Sleepy Wonder:  When I was producing the new album Corporate Greed, I wanted to do a cover song that will bring all the ladies into my corner, and because I’ve lived that song in real life, “Why You Leave Me to Cry” was like life imitating art to me, and when I recorded it as a demo, it was great.. so of course, I had to put it on the record.. Another Gear now, was just me answering all the folks that said SLEEPS SOLD OUT WITH THIEVERY CORP.  I choose a hard vintage dancehall track, reproduced it, and wrote another gear, which was aimed at those in the industry with negative views of my decision to sign with TC.  And also a wake up call to DJ’s to show that lyrically, Sleeps is still capable to attack and defend my status as a known Dancehall hired gun, in sound clashes. Way before radio started playing us or press got interested in us.
SES: You have worked with quite a few artists. Can you tell us a few of the songs by other reggae artists that you have written and produce, and how many have been hit songs?
Sleepy Wonder: I’ve worked with Shinehead of course, wrote and produced tracks for and with him. Also Shelly Thunder, I wrote and co produce ‘Break Up To Make Up’ with Shelly and Sidney Mills when she got the deal with Island Records.. I also wrote and produced for Switzerland’s Papa Dee. Bobo General, I produced an entire album in 2010 called Emotional, and released it on my No Choice Music Group/BMG imprint.

SES: As an artist list some of your most memorable collaborations with other artists?
Sleepy Wonder: Well my most memorable would be with Thievery Corporation.. I’ve earned two Gold Records, and a Grammy nomination, with complete sold out tours world wide..  Others would be Shinehead, where I colab on his ‘Troddin’ Album with Electra Records.  Me and Bobo General (My Sound)  (Pounder)  (Original Lover Boy Come) were all hits in NYC in the early 1990’s

SES: What is the your proudest achievement as record label CEO, a producer and an artist?
Sleepy Wonder:  When I was given the opportunity to sign other artists, Soul/R&B or Reggae, I work their project as if it were my own and to see Eddie Barringer chart on the iTunes Soul charts at #7 on the Top 100 I get chills, to know that my spear room where I house my studio and office can make such an impact on Corporate. America.  The Nelle Slim album is completed, and due out 10/20/15.  It makes me feel very accomplished to start and complete these projects. That are NOT REGGAE. SES: What projects are you working on right now?
Sleepy Wonder: At this point, I’m still working the Sleepy Wonder ‘Corporate Greed’, The Eddie Barringer record, and getting ready to start working the Nelle $lim album when it comes out. As far as new projects the New Sleepy album might be the way to go at this point

SES: I know you are Ham radio freak list some of your other hobbies?
Sleepy Wonder: LOL, yes I’m a Ham Radio Operator (Amatuer Radio) I also enjoy cooking on the grill, and just chilling with the kids, you know I get really goofy for my children… especially my 9 year old Zymiere… Stinky… LOL, Balancing the music with a social life is still fun to me bro.

SES: If you were stuck on a deserted island and given the choice of 2 albums to put on your ipod which albums would they be
Sleepy Wonder:  It would be The Motown Greatest Hits, and Bob Marley… that should keep me comfy till someone come help Sleeps LOL

SES: Which artist is currently capturing your attention?
Sleepy Wonder:  I’m currently into Agent Sassco, and Busy Signal on the Reggae Tip…  I’ve lost interest in the Rap world, its way too bubble gum for me right now.

SES: Growing up your hero was… and which was favorite movie?
Sleepy Wonder:  Growing up I was into Bigga and Trinity LOL. They were my heroes and fav movie was Bed Knobs and Broom Sticks… LOL animated English movie I saw at a school outting when I was young

SES: Thanks for your time. Do you any closing thoughts?
Sleepy Wonder:  Bro I just wanted to thank you for taking the time to share my story with the world and with our people. Many press and medias overlook what’s being done on my end, but in a hurry to high light others but love is love big bro. No Choice Music Group is growing. Much love

Administered By The Orchard/Sony Music

Distributed By The Orchard/Sony Music