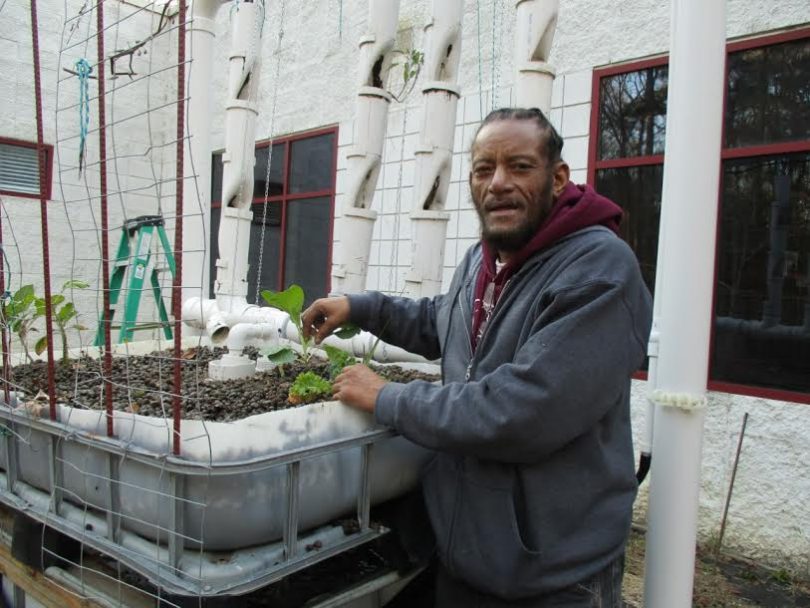 Aquaponics is the scientific system of fusing aquaculture (the raising of fish) with hydroponics (the soilless growing of plants), that grows fish and plants together in one integrated system. The fish waste provides an organic food source for the growing plants, while the plants provide a natural filter for the water that the fish live in.

According to the Jamaican born Heron, who has been  developing aquaponics as an effective source of  farming  both in Jamaica and in the Atlanta area for several years, the system is “ A rare phenomenon- a true gift of nature which is, as a whole,  greater than the equal sum of its parts.”

“Aquaponics systems use up to 98% less water than conventional farming methods, and produce up to ten times more vegetables and crops in the same amount of space and time. They also require roughly half the labor involved in other food producing farming methods and virtually eliminate weeds, pests, diseases and other pathogens in both aquatic and plant life alike.”

Sound Faculty’s sponsorship of the aquaponics facility at Rainbow House will allow Heron to expand the introduction of the system to school children in Clayton County and the Atlanta area, benefitting them both academically and practically.

According to Sound Faculty President Michelle Knight, “Our motto at Sound Faculty is ‘Engaging Mind over Mouth.’ When Jack Radics founded the label, the central premise was to actively support development of ideas, music and other creative human endeavors, rather than just talking about them. This is exactly what Mr. Heron is doing with aquaponics and his focus on the Atlanta area youth, and Sound Faculty is therefore honored to offer our full endorsement of his efforts.”