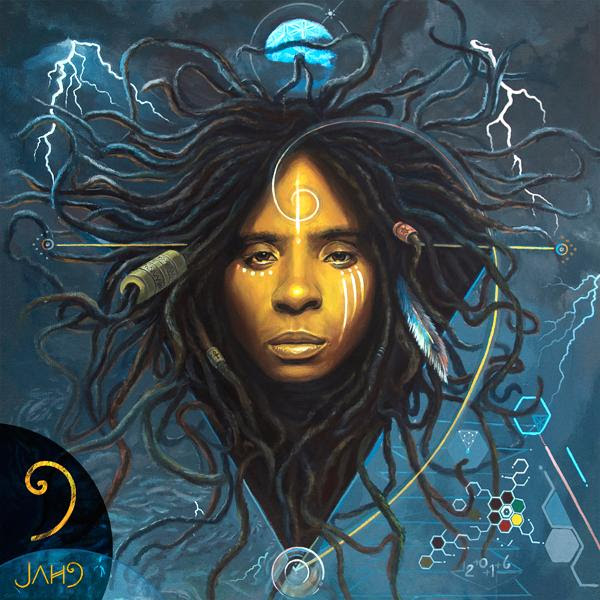 Jah9, who is touring in support of her brand new sophomore album 9, confirms she will be participating at Circle of Sisters (COS), the largest expo for women of color in New York City. Produced and hosted by WBLS-FM, HOT 97-FM, WLIB-AM and Emmis Communications, COS features a variety of panel discussions, seminars, inspirational services and concerts.

This year, Jah9 will perform and have her own exposition booth at the annual event, held on Oct 15 & 16, 2016 at NYC’s Jacob Javits Center.

For those who’ve been waiting for Rasta consciousness to mount resurgence in contemporary reggae, Jah9 is a figure of revelation and deliverance.

The Jamaican singer, songwriter and producer, who has been covered by the likes of Vogue and Vice about her crucial role in the coined “reggae revival,” boasts a diverse musical range with inflections of soul and jazz deeply rooted in her sound. She broke in the international reggae scene in 2014 with her debut album New Name featuring her bright yet symbolic single “Avocado.” Now she returns with her sophomore album ‘9,’ (9/9, VP Records), the nine-track selection available now.

9′ fulfills the promise of her earlier releases with expansive maturity, prophetic purpose and even deeper displays of warrior-goddess prowess on the mic. The combination of intellectual rigor, real world activism and lyrical musicality is well on display. She shares her personal journey on “Humble Mi,” opens the mind and body with the nine minute meditative track “In The Spirit,” tackles the issue of child molestation on “Unafraid,” challenges ideals to express the powers of a woman on “Greatest Threat To The Status Quo” and expresses her tightly coiled desire on the romantic standout “Natural Vibe.”

Beyond her strengths as a lyricist, Jah9 is delivers an impressive performance as the primary producer of this project. Additional collaborators include Andrew Campbell, Brecht De Beover, Earl ‘Chinna’ Smith, Tippy I of I Grade Records and Franklyn Irving (who also produced Jah9’s “Steamers A Bubble”).

In support of her anticipated release, Jah9 is touring non-stop. She recently wrapped her Year of 9 (2+0+1+6) World Tour, stretching U.S., Europe and Africa. She performed a mix of major festivals and initmate venues with select “Yoga on Dub” events, where she incorporates the practice into her live performance. Visit www.Jah9.com for full tour schedule.