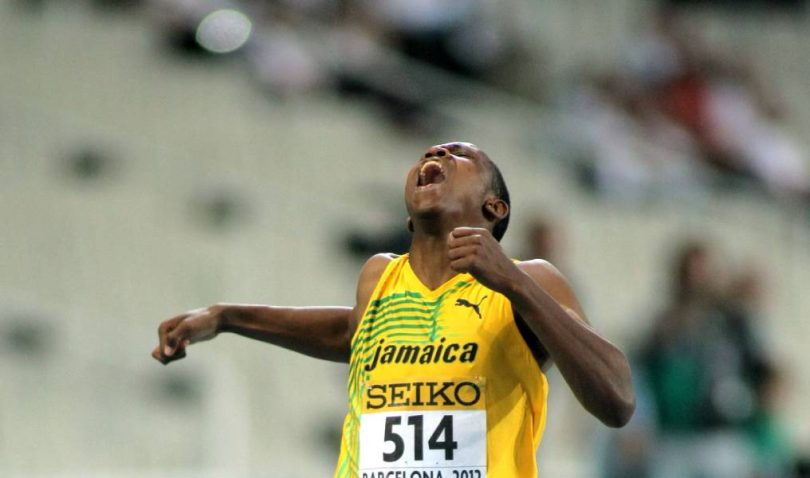 This past week the Jamaica Athletics Administrative Association (JAAA) floated the thought of triggering a constitution-backed five per cent tax on elite professional athletes to aid its welfare and development programme. The idea was raised at a recent sit-down session between the JAAA leadership, and the Jamaica Observer newspaper attended by President Gareth Gayle, Treasurer Ludlow Watts, Coach Maurice Wilson and noted athletics manager and agent Cubie Seegobin. While agreeing that such a move is expected to be an unpopular one among the island’s top track and field stars, noted athletics manager and agent Cubie Seegobin and highly regarded coach Maurice Wilson both believe that consideration should be given to the implementation of a cess programme.

It is instructive that the second vice-president at the JAAA and respected attorney-at-law Lincoln Eatmon believes that that it is the right time to explore the idea while examining the potential benefits, challenges, and framework. In an interview with the Observer, Eatmon opined that “This has been a hot topic over the years because in fact there is provision for a cess that has just never been enforced. The decision was taken by the JAAA over the years not to enforce this cess because a lot of the athletes were not earning a lot. It’s a different situation now as some athletes do earn a lot but most of them really don’t and they just manage to get by. So, it’s something we would have to review to see whether it makes sense to enforce the provision for the cess, but the rules do provide process.” Eatmon added.

Coach Wilson expressed the belief that “Such a levy is not only necessary but could prove beneficial under the right structure as the athletes ought to appreciate the role of the JAAA in the development of athletes.” Wilson opined further that it is important that the island’s top competitors understand their role in giving back directly to the sport and that they should pay something to that organization that would have contributed to their development. Wilson went on to point out the benefits the athletes reap from the JAAA which allows them to move through the various levels from juniors to senior athletes culminating with their attendance at the World Championships and the Olympic Games and that point at which they become celebrities and starts to make money. According to him, someone invested in them, and that investment would have come from the island’s taxpayers.

The opinions expressed by these learned gentlemen of the JAAA was in my opinion quite glaring. It sounded a bit like a plan to implement a “hold-dung, teck wheh” scheme. In fact, it also appeared to carry a tinge of jealousy, for those athletes who the JAAA executives deemed to be more successful. It appears that the JAAA executives are oblivious of the huge costs these athletes must outlay to maintain their levels of success. For these athletes, their athleticism is their business, and that business has a huge cost. Furthermore, these athletes are all taxpayers regardless of the jurisdictions that they currently reside in and would have to be contributing to the tax roll from the earnings they generate.

The idea of this ‘hold-dung teck-wheh’ scheme flies in the face of the fact that the Jamaica occupies a pre-eminent position as one of the most influential countries in the world of track and field athletics. The question that this discussion begs is that of the efforts made by the JAAA, certainly over the last 20-years to capitalize on its accrued power in the sport. Why not use the organization’s great clout to promote at least one international “Diamond League” style Meet, bringing in some of the biggest names in athletics to the island? With proper planning, such a meet would provide significant income both from gate receipts, sponsorship, and television coverage among others that will provide funding for the kind of welfare projects mooted by the JAAA executives. More importantly, the economic earning prospects to the business community in the City of Kingston from such an event provides a win-win for both the JAAA and the country as a whole.

It seems all too easy that the JAAA executives are only able to look at how to spend monies earned by others as opposed to putting in the work necessary to justify their own existence. At least Mr. Seegobin, who has represented some of the island’s top athletes and who works closely with adidas-affiliated clubs Racers and Sprintec, is correct in his view that he does not expect any attempt by the JAAA to impose a levy to be met with support from the athletes who would be affected. I doubt too, Mr. Seegobin, that members of the public will support such an idea.

It is my belief that as a country, we have failed to see the value that comes from our success and to appreciate that such a value must be properly defended. No one is more blameworthy for that failure than the JAAA. Therefore, I believe that we should assemble some of the best brains available in the country, not just individuals involved in Track and Field, not political representatives, but people who understand how to run a business, people who understand how to build and defend a Brand; a top-flight team of people who understand the tasks involved in defending a thing of value. That thing of value is Jamaica’s Track program which is also an integral part of BRAND JAMAICA and from there set about taking ownership of power in the sport instead of looking to dip hands into the pockets of the athletes. That kind of thinking will not run.