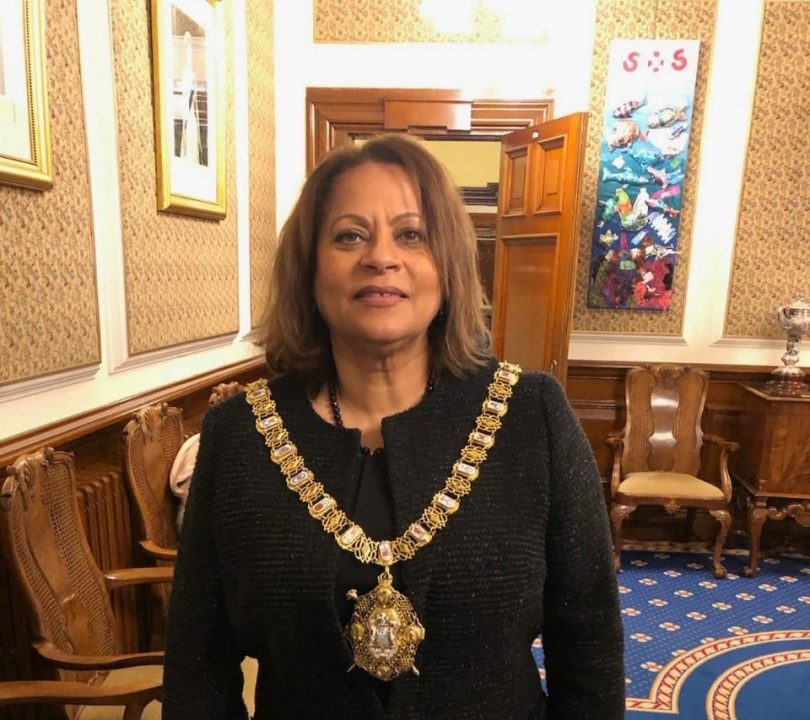 Carol Rosemarie Sharpe, who was born in Jamaica and raised on Bay Farm Road Kingston, was elected to serve as a justice on New York State’s Supreme Court. She is currently a judge in the New York City Civil Court in New York County, a position she has held since 2014. She began her legal career in the office of the District Attorney where she prosecuted several homicide cases. In her work there, she listened to the testimony of witnesses and learned how to work with people and develop relationships. She was elected to serve on the New York City Supreme Court’s Manhattan Division in 2013. She is also a judge of the New York Supreme Court 1st Judicial District, assuming that office in 2018. Sharpe was named the 2020 Jurist of the Year by the Metropolitan Black Bar Association (MBBA).

Justice Sharpe noted that organizations like the Metropolitan Black Bar Association are important for black lawyers because of the mentorship possibilities and the ability to develop relationships with those who experience the same kinds of struggles. It was especially important to those just starting out as young lawyers. “Everyone else has their affinity groups,” she said, which are there to allow people to form bonds with each other and to welcome newcomers to the legal profession and to say “Yeah, hey, you belong here.”

During her career, Sharpe worked as Assistant District Attorney in the Bronx District Attorney’s Office from 1986 to 1993. In 1993 and 1994, she was an associate at Bower& Gardner. She then served as Executive Agency Counsel for the New York City Transit Authority in Brooklyn from 1994 to 2010 and again in 2013. From 2010 to 2013, she served as the Principal Law Clerk to the Hon. Sharon A. M. Aarons of the Bronx County Supreme Court in the(12th Judicial District).

Commenting on her life’s journey and her career path, Sharpe noted that only in America could a story like hers be possible. “We are all immigrants, and together we make America great,” she said, adding that she was glad she lived in New York City “because it’s only in New York City that somebody like me could become a judge.”

Judge Sharpe, known to her friends as Dawn, is the sixth of seven children for her parents, Dorothy and Scebert Sharpe. In Jamaica, she attended the Half-Way Tree Primary and The Queen’s all-girl High School. Sharpe describes herself as an immigrant who is “from this place I call the continent of Jamaica.” She also calls herself a “barrel child,” someone whose parents traveled to the United States or England to find work and to make life better for their children. Her mother was the first member of her family to come to the US to work. She then sponsored the rest of the family who came to join her.

She started out planning to be a doctor, but because she couldn’t understand the way her biology teacher, who had an American accent, pronounced the Latin terms required for study, she abandoned her plans for a career in medicine and moved on to sociology and psychology, which she loved. She graduated with a degree in sociology and social work, but did not want to become a social worker because she felt she would not be able to help people the way she wanted in that role. She decided to participate in a new paralegal program offered by Lehman College and realized the “I understood the law.” She was encouraged by a friend of her sister’s to apply for law school and was accepted by Boston University. “Every challenge just makes us stronger if we don’t give up,” she said.