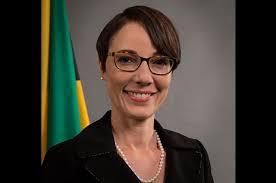 Wayne C. Golding Sr. Esq., the Jamaica Diaspora Advisory Board Member for the Southern United States formally announced the convening of the Jamaican Diaspora Summit and Gala 2016 on June 24th-26th, 2016. It will be opened on the morning of June 25th, 2016 by Member of Parliament, Mr. Peter Bunting. Mr. Bunting is the former Minister of National Security and is now currently the Opposition spokesperson on National Security. He is an investment banker by profession and most notable was a co-founder of Jamaica’s first private investment bank Dehring, Bunting and Golding. He is expected to speak to a welcoming Diaspora audience about his views on strengthening Diaspora partnership. The Summit attendees will be keenly tuned in because of Mr. Bunting’s recent declaration of his intent to actively seek the leadership of his party when and if a leadership opportunity presents itself.

Slated to attend the event is Jamaica’s Minister of Foreign Affairs and Trade, Senator, The Honorable Kamina Johnson-Smith.  The Minister’s attendance and direct participation in the Summit activities is very significant and aligns with Prime Minister Andrew Holness’ commitment during his inauguration speech to maintain and improve the partnership with the Jamaica Diaspora.  Since her appointment on March 7th, 2016, the newly minted Minister of Foreign Affairs and Foreign Trade has already held a meeting with the seven member Jamaica Advisory Board who is charged with directly advising her.  She has pledged a smooth and continued interaction with the Advisory Board.

Aptly themed “Providing a Roadmap to Power and Influence” the Summit will be focused on “Recognizing our achievement in the Diaspora …Building on our legacy”. The event is being presented in partnership with Advance Jamaica Inc., and incorporates the Caribbean American Heritage Month Festival. The Summit and Gala will take place at the Embassy Suite by Hilton, 4955 Kyngs Heath Road, Kissimmee/Orlando, Florida 34746.

Summit 2016 will compliment the successful staging of the 6th Biennial Jamaica Diaspora Conference held this past June 2015 in Montego Bay, Jamaica. The Consulate of Jamaica- Miami will also be a key participant and will be providing outreach services throughout the Summit weekend activities with the participation of the Jamaica Registrars General’s Department, The Passport Immigration and Citizenship Agency and The Jamaica Land Agency.

The weekend of events begin on the evening of Friday June 24th with on-site registration and a welcome reception for Summit attendees. Saturday June 25th, will feature three main interactive Symposiums, which will highlight the intersection and interaction of our multi-generational Jamaican Diasporans. A plethora and cross section of Jamaican Diasporans including musician Freddie McGregor, will be participating in the Symposiums along with varying representatives from the Government of Jamaica, including members of both the ruing and opposition parties. Many individuals and organizations from the private sectors of Jamaica and the Jamaican Diaspora are also slated to attend and participate.

The symposiums will encompass areas ranging from Media, Elected Office, Government Service, Clergy, Education, Academia, Entrepreneurship, Philanthropy, Culture, Sports and Entertainment, etc. One key Symposium will specifically deal with the implementation of official protocols and mechanisms for improved partnership between Jamaica and the Diaspora.

Mr. Golding emphasizes the fact that Jamaicans have made an indelible and positive impact on life in the American Diaspora and that the staging of Gala event on night of Saturday June 25th, will highlight, honor and celebrate our Jamaican Diasporans and others who have contributed to the upward mobility, influence of the Jamaican Diaspora and its long list of success stories. Summit 2016 will culminate on Sunday June 26th, 2016 with a massive celebration of the strength of the fabric of Jamaican Diaspora collaboration and influence that has been woven into the larger Caribbean American Diaspora. Summit participants will be embedded into the celebration at the Caribbean American Heritage Month Festival, which boasts an attendance of between 8000 – 10000 attendees annually. The Festival is free and will take place at the Fashion Square Mall in Orlando, Florida. 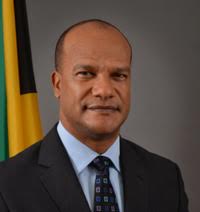