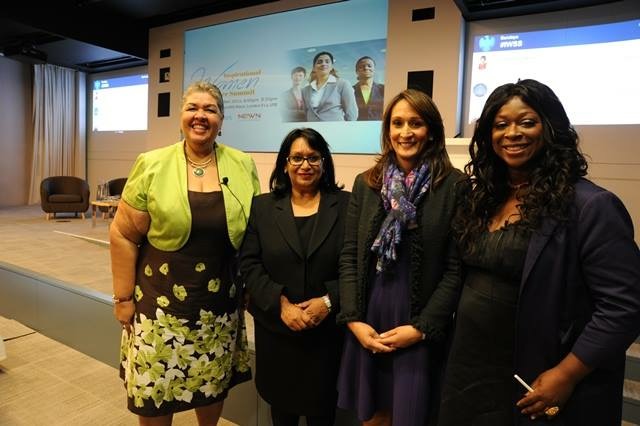 “Women have done well in Jamaica relative to many other countries around the world. This has been driven in part by increased education of women as well as social and legal reforms over the years that support equality for women. These include the Equal Pay Act, the National Minimum Wage, and the right to paid maternity leave,” she informed.

The High Commissioner was delivering the keynote address at the Inspirational Women Super Summit held Tuesday night at Barclays Bank in London.

She noted that there is still much more to be done to bring about full equality. She said that gender-based violence, poverty and other social ills continue to restrict the full potential of many women and girls at all levels of the society.

The Summit, organised by founder of the National Black Women’s Network, Sonia Brown, brought together influencers in business and policy, to identify measures to help women advance in the workplace, and also support micro businesses to accelerate growth opportunities.

The event saw over 100 attendees across a range of businesses, and Members of Parliament, including Parliamentary Undersecretary of State in the Department for International Development, Baroness Verma.

It included a panel discussion focussed on: breaking stereotypes of female lifestyle businesses; identifying inhibitors, motivators and drivers of female success; and solutions for policymakers.

The panel also looked at facilitating and supporting women within large corporations to progress to senior management positions, and female leadership in high growth businesses.