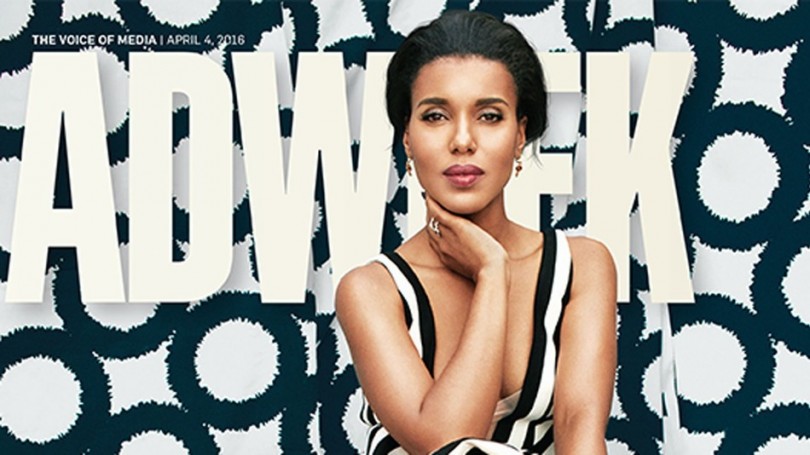 Actress Kerry Washington is featured on the cover of the April 4, 2016, edition of Adweek, but even her biggest fans may not recognize her as the cover shows her skin tone shades lighter and her face significantly photoshopped. Washington responded to the cover via a respectful by honest response on Instagram, noting that she was “taken aback” by the picture and that the photoshopping made her “weary.” Washington wrote that it was “unfortunate” and that “It felt strange to look at a picture of myself that is so different from what I look like when I look in the mirror,” The article in the magazine discusses her upcoming role as Anita Hill in a television drama “Confirmation” about the confirmation hearings of Supreme Court Justice Clarence Thomas, and her role as Olivia Pope on the series “Scandal,” but Washington noted the article left out some things, including “the importance of strong professional support and my awesome professional team.” James Cooper, editorial director at Adweek, said in a response to Washington’s comments that the magazine was honored to have Kerry Washington in its pages and that only “minimal adjustments” were made to the cover photo for “design needs.” He said Adweek “meant no disrespect” and that the only “adjustment” made was to Washington’s hair.

Kerry Washington  is of Jamaican heritage. Her mother Valerie is from Jamaica.