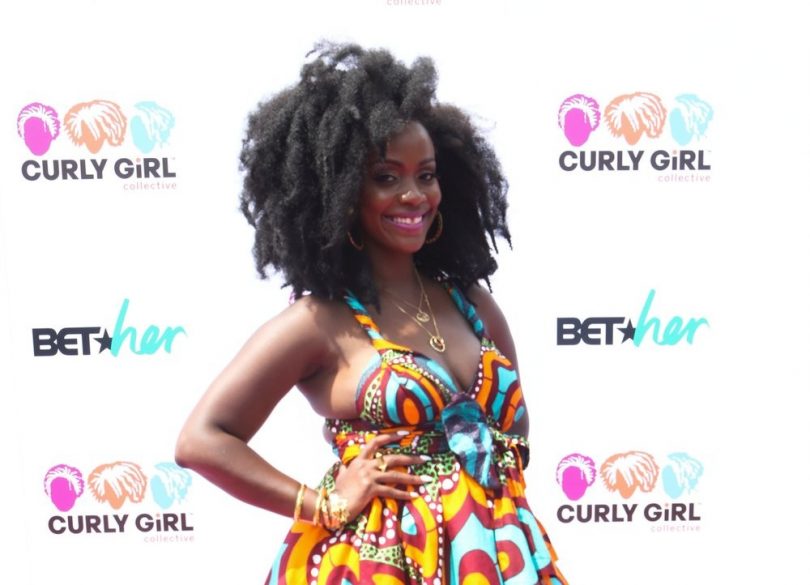 Simone Mair, the Jamaican-descent co-founder of Curlfest, was honored at the 13th Annual ADCOLOR awards ceremony in Los Angeles, California. He was presented with the Catalyst Award at the event, which recognizes achievements of African-American, Native American, Hispanic/Latinx, and LGBTQ professionals. Mair’s father, who is the chair-producer of the Jamaica Independence Gala in Rye, New York, noted that his daughter is “literally changing how people of color feel” and gives them the confidence to decide how they want to look. He added that the award serves as a validation of her work and encourages her to work even harder.

Simone Mair performs with a West African dance troupe and is involved with a number of community and humanitarian groups. She also serves as a mentor to young girls who demonstrate an interest in science, technology, engineering, and mathematics (STEM) programs.

Mair shared her thoughts following the presentation of the award on Instagram: “Just a few hours ago myself and my squad @curlygirlcollective were walking on stage in room full of VPs, CMO, President’s of major industry giants like @facebook @publicissapient @google @bbdony @linkedin accepting a Catalyst Award (still floored) from @adcolor – The most amazing platform created for persons of color in the ad space to be represented, celebrated and seen…Humbled is an understatement.”

Mair, along with four business partners – Gia Lowe, Charisse Higgins, Melody Henderson, and Tracey Coleman – are the co-owners of CURLFEST, which is the largest natural-beauty festival in the United States. The event creates an income and a revenue stream for many small businesses. The festival, which was founded to “be the change” and change and change false narratives about “brown beauty,” debuted in 2014 at Randall’s Island in New York. The inaugural staging drew 1000 participants. The 2019 festival attracted over 30,000 and is making an impact on the growing black hair-care industry. Mair says there are plans to host an event in Jamaica as one of the group’s first overseas stagings of CURLFEST.

In addition to being CURLFEST’s director of operations, Mair is an award-winning information technology professional who has experience managing several multimillion-dollar projects in the utility and pharmaceutical industries.