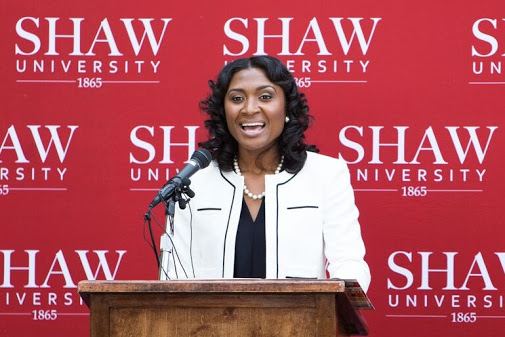 Jamaican-American, Dr. Tashni Dubroy, was named the president of Shaw University Shaw which is located in Raleigh, North Carolina.  Shaw University’s Board of Trustees Chairman Dr. Joseph N. Bell introduced Dr. Dubroy as Shaw’s 17th president at a press conference on Monday June 1st, 2015.  Dubroy, a Shaw graduate, is the third alumnus, third female and the second youngest person to serve as Shaw’s president. Her appointment is effective August 1, 2015. is the first historically black institution of higher education in the South and among the oldest in the nation.