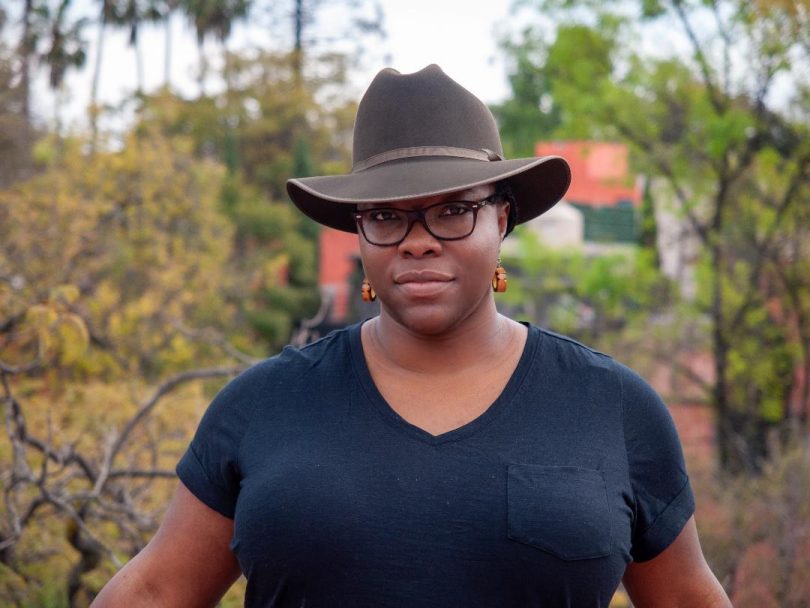 Shellie-Ann Kerns comes from a long line of farmers. The Jamaican-American is one of the black farmers featured in a story by KING-TV Channel 5 based in Seattle, WA. Kerns is the owner of Bunkhouse Acres, a 20 acre farm in the Middle Satsop Valley in Washington State.

Kerns comes from a long line of farmers. She’s a child of Jamaicans that went to Canada to do farm work. She came to Grays Harbor County seven years ago where she’s continuing the farming tradition with a homestead and designated tree farm focused on sustainability.

“My mother was a teacher and she was always fascinated by botany; she is retired now, but still grows a vegetable and herb garden as well as gungo peas and castor plants,” said Kern. “She would teach me the names and uses of the plants we saw along our morning walk to school in the rural hills of Banana Ground, Manchester. 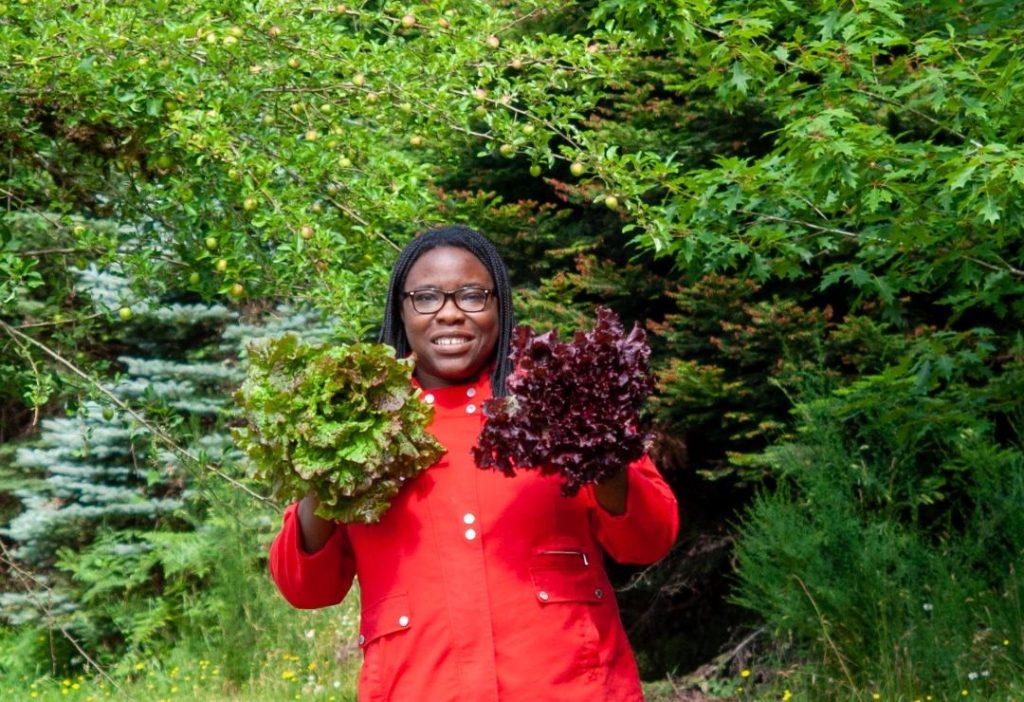 “It was on one of these mornings she taught me a lovely poem by Claude McKay called ‘The Spanish Needle,” continued Kerns. It was late in May and the small, yellow and white daisies were abundant in the fields along the roadside. This poem embodies my appreciation for plants and my journey as a Jamaican who, like the poet, traveled abroad for better opportunities.”

An aircraft dispatcher, Kern has raised $9,500 toward funding the purchase of necessary equipment and labor to put Bunkhouse Acres into operation, which will eventually feature a demonstration kitchen. Kerns has planted garlic so far and hopes to realize her first commercial harvest in 2021. However, Kerns is one of a vanishing demographic according to the Census of Agriculture.

“I realize that most Jamaicans working in agriculture on this continent are, and have been for generations, migrant workers who often operate farms at home, but leave to endure harsh conditions on larger estates for a season before returning to their individual plots,” said Kern. “My father, in his youth, was a migrant farmworker in Canada. One of his sons is today, a migrant farmworker in Eastern Washington. I embody their spirit and hustle and I acknowledge that it is a great privilege to own and manage the land I farm on. Which is why, at Bunkhouse Acres, I commit to the highest level of sustainable stewardship.”

Kerns is a WSU Master Gardener. In 2016 she started a county-wide Food Swap where residents gathered to barter their homegrown produce, homemade goods, and edibles foraged from the wild. Through those efforts and interactions, she’s formed a tight-knit community of home cooks, wild-crafters, and growers.

Kern’s Bunkhouse Acres lies amidst of the homelands of the Tsihlis Salishan people. The land was a hub for the Schafer Brothers Logging Company in the 19th century and relics such as railroad spikes from when the railroad was built there still resurface on the property. John Tornow, the legendary Wild Man of the Wynoochee, also hailed from the area.