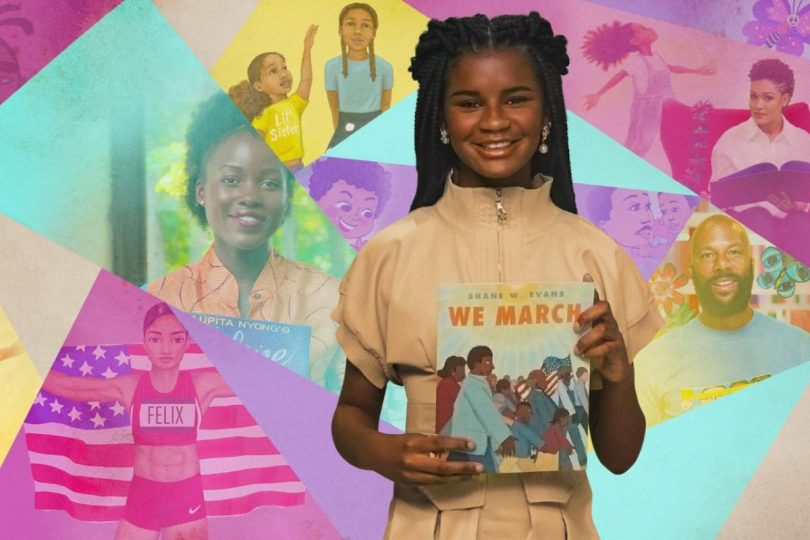 Netflix has announced it will air a new family book series called “Bookmarks: Celebrating Black Voices,” which will be hosted by the founder of 1000 Black Girl Books Marley Dias. Dias, who was also the winner of the 2019 Young Futurist Award, will host a program set to feature “prominent Black celebrities and artists reading children’s books from Black authors that highlight the Black experience.” The show will be produced by Jess Collins Entertainment.

Dias said that she is very excited to host the series as the work she already does with 1000 Black Girl Books is designed to promote diversity and offer stories of “girls like me.” She is thrilled to continue her signature work through the new medium of Netflix. Books featured in the series will include ABC’s For Girls Like Me, Anti-Racist Baby, Brown Boy Joy, Crown: An Ode to the Fresh Cut, Firebird, I Am Enough, I Am Perfectly Designed, I Love My Hair, Let’s Talk About Race, Pretty Brown Face, Sulwe, The Day You Begin, and We March. The announced cast for the show, in addition to host Dias, who is also its executive producer, will include Karamo Brown, Grace Byers, Common, Misty Copeland, Tiffany Haddish, Marsai Martin, Caleb McLaughlin, Lupita Nyong’o, Kendrick Sampson, Jill Scott and Jacqueline Woodson. Each episode of the show will run about five minutes in duration.

Dias launched her social media campaign #1000BlackGirlBooks in 2018 after complaining to her mother that all the books she was assigned at school only told the stories of white boys and dogs. Her mother encouraged her to take action, and so the West Orange, New Jersey, teen began collecting books that featured black girls as central characters. Her goal was to collect 1,000 books, but in just a few months, she had already gathered over 9,000, which she was able to share with other schools. Dias, a Jamaican American who was named for reggae legend Bob Marley, is the author of “Marley Dias Gets It Done (And So Can You!” The book discusses youth activism, social justice, and the use of social media to make positive changes in local communities. Now at age 15, Dias was a featured speaker at the Democratic National Convention and is hosting the new 11-episode “Bookmarks: Celebrating Black Voices” project at Netflix.