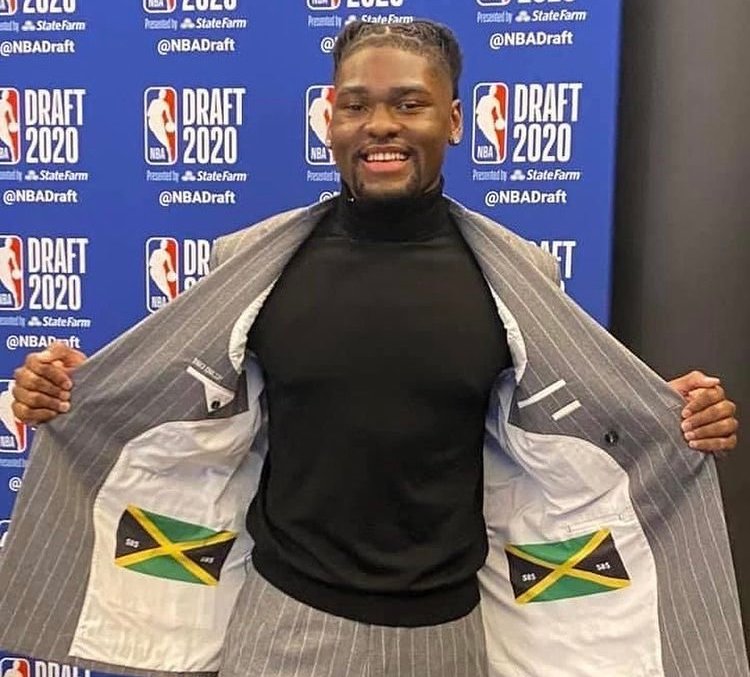 Jamaican American Isaiah Stewart of the Detroit Pistons has been named to the All-Rookie second team, according to an announcement from the NBA. Stewart was named along with his teammate Saddiq Bey, making this the first time that two Piston team members made the All-Rookie team since 2013, when Andre Drummond and Kyle Singler were both chosen for the second team. Stewart received eight votes for the first team and 55 for the second. In addition to Stewart, the second team includes Immanuel Quickley, Desmond Bane, Isaac Okoro and Patrick Williams.

While Stewart’s start in establishing himself on the floor was slow, as the season progressed, he became more comfortable and began to attract attention for the things he did to help the team in terms of rebounds, blocked shots, and show efficiency. His 86 blocks for the season ranked him fifth in the history of the Pistons and represented the highest total since Drummond’s 95 in 2013. During the season, he started shooting 3-point shots with a good record, but it was his all-around game that made him stand out. He shot 55 percent from the floor and hit 70 percent of his free throws. He was the leader in the draft class in total win shares with 48 minutes.

Stewart, who is known as “Beef Stew” by his teammates, was born in Rochester, New York, in 2001. He began to focus on basketball when he was in the fifth grade and played organized games at age 10. He was a student at McQuaid Jesuit High School in New York for two years and then transferred to the prep school La Lumiere in Indiana. A consensus five-star recruit in 2019, he was ranked among the top players of the year. He received McDonald’s All-American honors and the title “Mr. Basketball USA” as well as being named Naismith Prep Player of the Year. He played college basketball for the Washington Huskies.

Isaiah Stewart’s father, Dela Stewart, was born in St. Mary, Jamaica, and immigrated to the US in the 1970s as a farm worker. He moved to New York where he met Stewart’s mother Shameka Holloway and worked in construction. Stewart’s paternal grandfather was a fisherman and farmer in Jamaica.

The Piston forward is very proud of his Jamaican roots and credits the lessons in industriousness he learned from his father with bringing him the success he has achieved. He noted that growing up with his father and that side of his family showed him “how to work hard” and “how to have the will to not be denied.” He takes the immersion in Jamaican culture provided by his father’s family very seriously, telling an interviewer at The Gleaner that “I feel it runs through my veins, it runs through my blood, and I have a big part of that in me. Obviously, learning from my dad how hard he worked, I feel like all Jamaicans are hard workers and are cut from a different type of cloth.” When he discovered that Hall of Famer Patrick Ewing was born in Jamaica, this created an even stronger connection with his roots that he chose to honor by wearing Ewing’s old number 33 for an entire season in 2019.

Isaiah Stewart said he expects Jamaica to increase its representation in the NBA in the future. While players may not be Jamaican born, they are of Jamaican descent and “Jamaica is in their blood.”