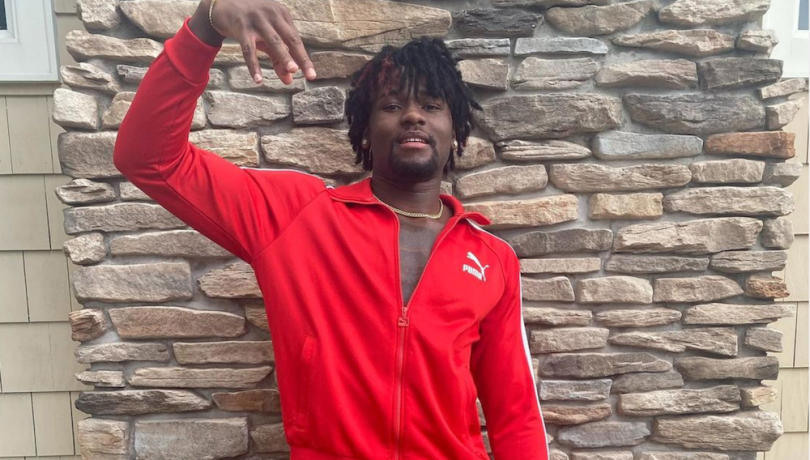 Isaiah Stewart, 19, is known for his commitment to improving his skills and was projected to be a first-round pick in the 2020 NBA draft. He was listed by ESPN.com as the 27th-best potential pick on November 19 and made his mark when he was chosen 16th by the Portland Trail Blazers. He showcased his Jamaican heritage on ESPN draft night with the Jamaican flags on the inside of his suit lining.

Stewart credits his father Dela Stewart, who emigrated to the United States from his native Jamaica in the 1970s to work as a sugar cane cutter in Florida, with teaching him how to work hard and focus on his goal. After moving to Rochester, New York, Dela Stewart raised his two sons – Isaiah and Martin – according to strict rules that put a priority on school and chores designed to keep them from “going down the wrong path.”

In his post-draft interview, Stewart talked about his father visiting him at college and cooking oxtails for him and his teammates. He said they ate it all.

In addition to his work ethic, Isaiah Stewart says he also gets his love for dancehall reggae music from his father, who had been a house party deejay. His Jamaican roots are important to Stewart who gets considerable support from his family members there. “As you can see by the way I play, I am a warrior. I try to be a monster. It’s just in me,” he said in an interview.

Isaiah Stewart was born in Rochester, New York, in 2001. He was attracted to basketball in the fifth grade because of his height. He first played organized basketball when he was ten in elementary school. By the time he was 12 years old, he stood at six feet in height. He ultimately took after his paternal grandfather, a Jamaican fisherman, who was 6 feet 9 inches tall. Stewart went on to attend McQuaid Jesuit High School in New York for two years and then transferred to La Lumiere School, a private school in La Porte, Indiana. In the 2019 class, he was a five-star recruit and ranked among the top players. He received McDonald’s All-American honors and was named Mr. Basketball USA and Naismith Prep Player of the Year.

On January 21, 2019, he committed to play college basketball for Washington, drawn to the college by his long-time relationship with Mike Hopkins, former assistant coach for Syracuse from his years playing at McQuaid Jesuit. During his only season with the Huskies, he averaged 17 points and 8.8 rebounds per game and shot 57 percent from the field. He cites former NBA player Patrick Ewing as his role model and has worn Ewing’s number 33 on his jersey in honor of the player.

Stewart states that being Jamaican is a source of pride for him. Jamaican people are very proud, he noted, and they take pride in their heritage, working hard, and improving their lives. He understands that the draft represents a transformative moment for him and that the real work begins now that the draft is over.