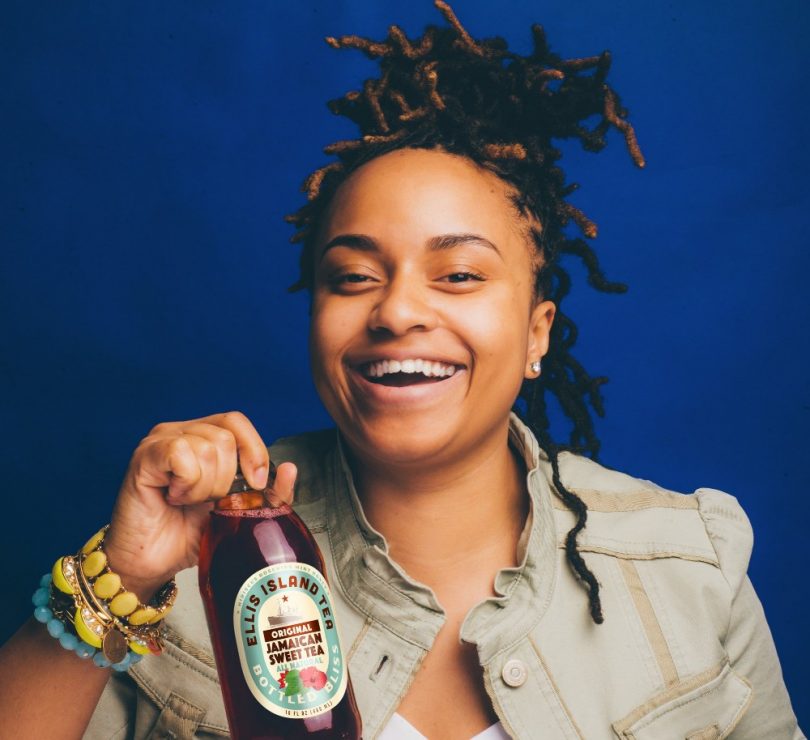 The Jamaican-American had already received widespread recognition. She’s the only female African-American beverage maker in the U.S., was named to the 2016 Forbes “30 Under 30” list, and is the winner of Centric TV’s Queen Boss business competition. She has her own manufacturing plant and is helping other entrepreneurs, providing services to companies with small batch requirements.

Ellis-Brown’s is an unconventional success story. She grew up in Detroit and launched her business at the height of the recession in 2008. She was 20, a college dropout and living in her mother’s basement. She made small batches of her tea every day and sold it from a cooler from the trunk of her car.

The recipe for Ellis Island Tea is a secret recipe handed down through generations via oral tradition. It came to Ellis-Brown through her great-grandfather, Cyril Brown, an immigrant born in Boston Bay, Jamaica in 1890 who was an award-winner himself. He was a chef in Manhattan hotels and for the Marcus Garvey Black Star Line who won awards for his baking and owned a highly successful catering service in the Bronx, Byron Catering.

Ellis-Brown’s Ellis Island Tea is a traditional Jamaican tea brewed with ingredients that include hibiscus, rosehips and mint and the beverage can also be found in Whole Foods and Meijer® stores. With her recent distribution deal with Sam’s Club™, she’s creating jobs, realizing her entrepreneurial dreams, and honoring the enduring legacy of her grandfather.