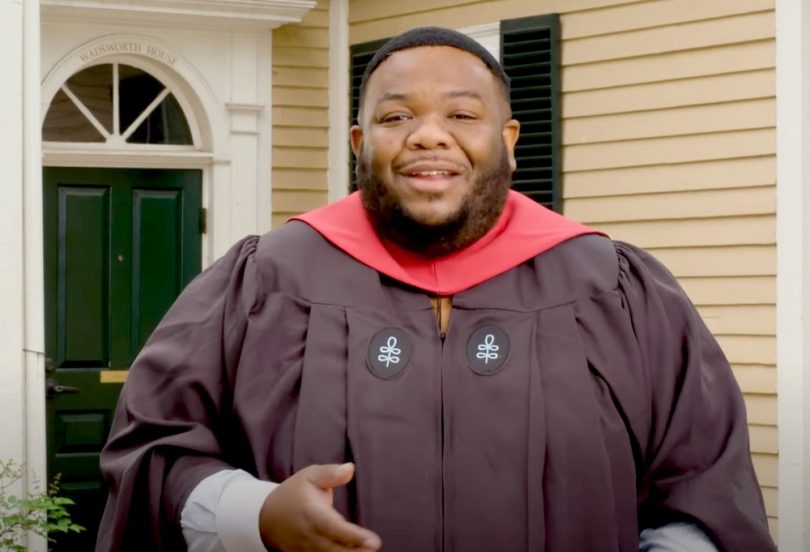 Vincent Bish, a 21-year-old Jamaican American student at Harvard University is one of three students selected to give speeches honoring the Class of 2021 at a virtual ceremony. According to the Harvard Gazette, the students were chosen in a university-wide competition. He delivered the graduate English address.

Bish, whose parents are from Jamaica, will graduate from Harvard with a master’s degree in technology, innovation, and education from the university’s School of Education. He has already won several prizes for public speaking at Trinity College, which he attended in his hometown of Hartford, Connecticut. According to the Gazette, Bish watched the commencement speeches at Harvard for inspiration and to learn effective speaking techniques from them. He also asked himself what he would say if he ever had the chance to “hold the world’s attention.” Bish found the answer to that question upon his entry to Harvard.

When he first came to the university, Bish walked by Wadsworth House and read the plaque that honored Titus, Venus, Bilhah, and Juba, four individuals who were enslaved by former presidents of Harvard Benjamin Wadsworth and Edward Holyoke in the 18th century. When he gives the 2021 graduate English speech, Bish will use it to pay tribute to the contributions that enslaved people made to Harvard. “We have a duty to the past; we have a duty to the fallen; we have a duty to the slave history of Harvard,” he said. His speech will also include a call to his peers to use their Harvard degrees and the privileges they bring to help bring dignity to other people’s lives.

Before coming to Harvard, Bish was an aide in the United States Department of Health and Human Services (HHS) and the White House during the presidency of Barack Obama. He also worked at Slack as a member of its social impact team and helped companies teach people in prison how to code.

His experiences working in these diverse environments where he often found himself teaching others brought him the realization that he had to learn more. At Harvard’s School of Education, Bish learned critical vocabulary and other things that would have enriched his previous work service. He ultimately received the Harvard School of Education’s 2021 Intellectual Contribution Award, along with 12 other students.

Bish does not believe that a Harvard degree should benefit only the student that receives it. He thinks there should be “active conversations” about how Harvard graduates can help the most vulnerable populations and how the unique powers of the degree can be used “to make their worlds more equitable.” The Harvard degree should be used “almost like a fulcrum or a crowbar to open doors” that would be closed to “people who look like myself, to people of indigenous ancestries, to people who are marginalized.”