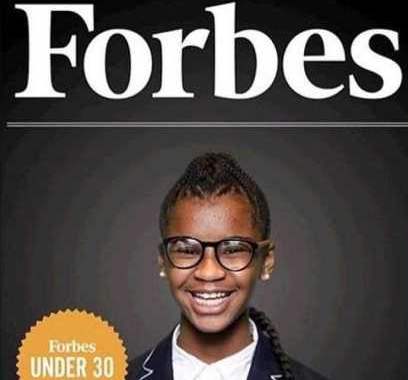 Forbes magazine features 12-Year-Old Jamaican-American Book Collector, Author, Activist, Marley Dias, in their  30 under 30 list for the year 2018. The 12-year-old Jamaican-American who lives in New Jersey is an activist and feminist who has collected more than 10,000 books that have black female protagonists, and in January 2018, her own book “Marley Dias Gets It Done — And So Can You,” will be released. Dias, the founder of #1000blackgirlbooks, was 11 when her frustration at seeing too many books focused on white boys and their dogs prompted her to do something about it. She started #1000BlackGirlBooks in November 2015 with a simple goal. She wanted to collect 1,000 books featuring a black girl as the main character and donate them to various communities. She felt this was the best way to confront the problem. The approach also involved developing a research guide to find such books, talking to educators about how to increase the availability of more diverse books, and writing her own book so “I can see my story reflected in the books I have to read,” she said. She also wanted her campaign to serve as an example to other girls and show them how to create their own social action projects. Dias is the youngest individual to be listed on the Forbes 30 under 30 list. She previously received a grant from the Disney company and journeyed to Ghana to provide food for orphans. The work she has done has taken her many places, including the White House where she was a speaker at the United State of Women Summit, along with Michelle Obama and Oprah Winfrey. She plans to publish her own magazine one day in the future and continue with her activism throughout her life.