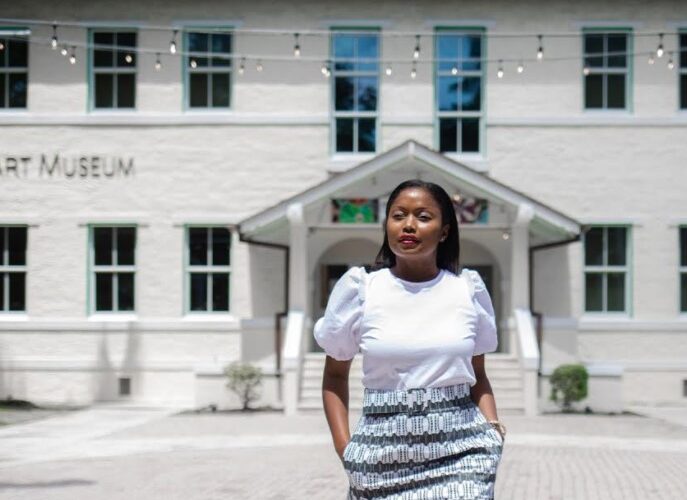 Jamaican native, Drummond, will have the honor of being the first Black female artist to be awarded such a prestigious place in the community. Her piece, entitled “The Metamorphosis,” will be an original artwork installed in the Urban Living Room at the Mandel Public Library of West Palm Beach. 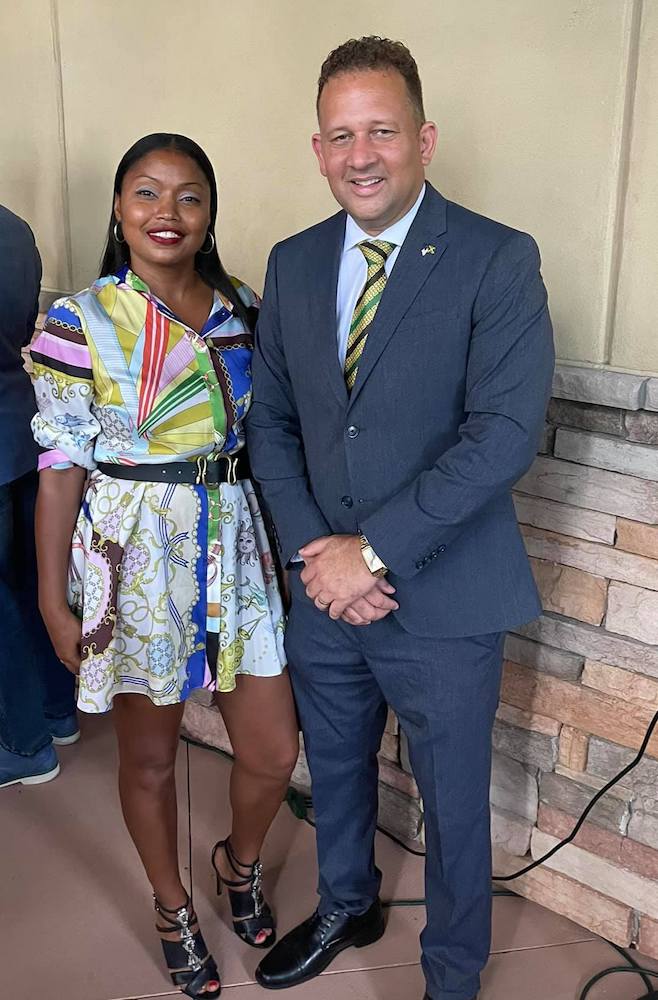 Jamaica’s Consul General Oliver Mair, praised Michelle Drummond for her outstanding achievement noted that her work represents another moment of excellence from our Jamaican artistic community across the Diaspora.

Drummond’s concept was inspired by the philosophy that knowledge and transformation align and empower change and rebirth. Included will be a large tree symbolizing growth, strength and beauty. The butterflies to be included will represent optimism and the unlimited possibilities that emerge through an organic transformation from one form to another. In total, the piece will measure five feet wide, seven feet high, and three feet deep. “The Metamorphosis” will use multicolored, multi-weighted yarn and glue on an acrylic panel. It will honor the City’s Mandel Public Library as a resource for all with the goal of advancing society. Drummond anticipates that the work will be complete in six to nine months.

The program that sanctioned the project, ArtLife WPB, is the city’s premier art program that commissions and presents a variety of projects created by artists at all career levels. The ArtLife WPB program grew out of the Art in Public Places (AiPP) program established in 1985 and the AiPP amended ordinance of 2014. Its mission is to shape the character of
West Palm Beach through the power of public art. Since its inception, ArtLife WPB has awarded numerous art commissions to local artists, including Black female artists, for temporary installation throughout the City, such as its recent COVID-19 artist relief initiative, The Commons: 15 Artists, 15 Spaces. “The Metamorphosis,” however, will be the
first piece by a Black female artist to be permanently on display.

Drummond’s unique art form acts as an avenue to help her navigate and cope in unfamiliar environments. This proved to help her as she adjusted to a new life in America, moving from Kingston in 1995, in order to pursue her education at St. Lawrence University in Upstate, New York. Many of her pieces incorporate elements of her Jamaican culture, acting as a creative outlet for the artist, with a goal of provoking deeper thought and conversation. Although her work reflects a touch of whimsy, each piece carries an underlying message of hope, perseverance and optimism. “I have always been adventurous and a risk taker,” states Drummond. “I knew that transitioning out of a corporate environment and wholeheartedly taking the plunge head first into a very unfamiliar creative world would be another life-changing experience. I didn’t know what the future held, but I knew I wanted to follow my passion and what felt right.”
The anticipated art piece is considered by the City to be culturally significant and reflects the aesthetic and cultural traditions and diversity of the city or the surrounding neighborhood.

“After 23 years of manipulating multicolored, multi-weighted yarn on and off canvas, pushing the boundaries of my creativity and the medium, while participating in numerous exhibitions, my hopes of finding the audience that would truly appreciate the uniqueness and beauty of my artwork came to fruition. It is an honor, especially being the first Black female artist and also of Jamaican heritage to be awarded this permanent solo public art commission by the City of West Palm Beach ArtLife WPB program,” states Drummond.

Not only will this permanent installation act as a significant milestone in Drummond’s career, it’s a momentous event for the City of West Palm Beach.

“I’m deeply appreciative of the opportunity and grateful of the City of West Palm Beach and Sybille Welter, Administrator of Public Art and Culture for the City of West Palm Beach, for having that keen eye and outside the box thinking to recognize and appreciate my artwork. This opportunity will not only provide me the platform to expose my work to a broader audience, but will allow me to have a positive emotional and mental effect on the residents and patrons in the West Palm Beach community through my artwork.”

Administrator of Public Art and Culture for the City of West Palm Beach, Ms. Sybille Welter also praised Drummond for the outstanding achievement expressing “We are thrilled to have an artist whose work reflects the cultural diversity of the city. Drummond pushes the field of textile arts by creating works on a canvas with a three dimensional viewpoint; brightly colored she produces objects of contemplation.”

To learn more about Michelle Drummond and her other works, visit www.drummondfineart.com