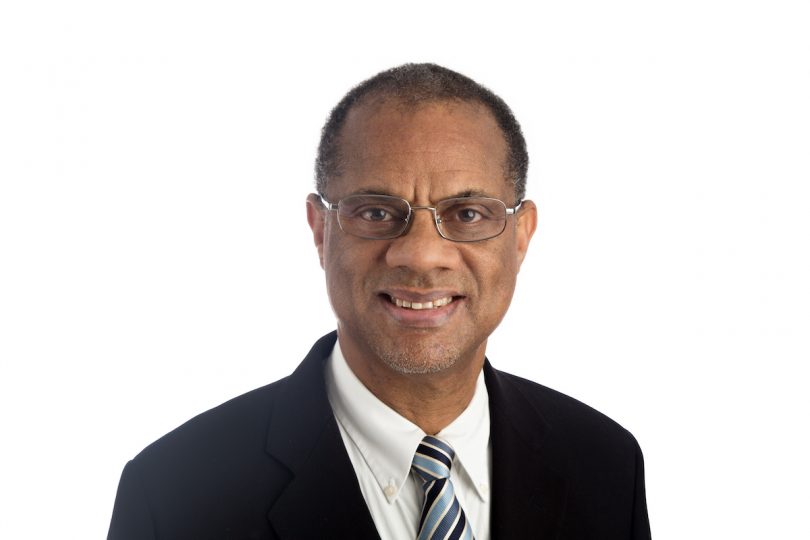 Jamaican born Manchester High School graduate, Lennox A Parkins was recently, along with forty-nine (49) other accounting professionals, conferred with the honour of Fellow of the Chartered Professional Accountants (FCPA) in Ontario, Canada. An event hosted by CPA Ontario, Global Mail and distinguished Canadian broadcaster, Peter Mansbridge.

The FCPA designation represents the mark of a true leader, in the business world and beyond. “Fellows embody the values that drive collaboration, innovation and progress, at times when we need them most.” The CPA organization said in its citation to Lennox. (Chartered Professional Accountant or Certified Public Accountant is the title of qualified accountants in numerous countries in the English-speaking world, and is generally equivalent to the title of Chartered Accountant in other English-speaking countries).

The Head (President and CEO) of the organization, Carol Wilding, in her remarks, said “Congratulations to our 50 new Fellows in Ontario! Fellows represent the very best of our profession. And while this year has been a true testament to their professional and philanthropic achievements, the 50 new Fellows have dedicated their entire careers to being exemplary ambassadors of the CPA designation”.

The Premier of Ontario, Doug Ford had this to say. “I want to extend my sincere thanks and congratulations to the honourees. FCPAs will play an important role in laying the groundwork for Ontario’s’ economic recovery. Your high ethical standards, expertise, business acumen and leadership will help ensure the fiscal health of the private and public sector organisations and the economy as a whole”.

Parkins said he would “seize the magnitude of the honour and the responsibility that goes with it and would continue to strive to be worthy of such designation”.

Lennox attended the University of the West Indies (UWI), where he gained an honours BSc degree in Accounting and Management Studies. He was awarded the Leonard DeCordova medal in Management for graduating at the top of his 1978 class.

In 1981 he was awarded a post-graduate scholarship from IRDC Canada to read for a MBA at Western University in London, Ontario.

He also holds designations as a PMP (Project Management Professional) and a CMA (Cost Management Accountant).

His professional career began with a short stint at PriceWaterhouseCoopers, (Jamaica) as a part-time auditor, while he was still in the process of completing his first degree at UWI.

Lennox has spent approximately over 40 years in the accounting profession working with various corporations, started locally, with the Urban Development Corporation, ICD Tropicair Jalousies and the Shell Companies of the West Indies in Jamaica.

He emigrated to Atlanta, USA in 1986 and worked in Cost Accounting in the Chemical Manufacturing and Engineering sectors for 16 years and remains as a Tax Accounting and Financial Consultant in Atlanta.

He retired in 2020 from his position of Group Controller for Atlantic Packaging Products Ltd. a major Toronto-based paper and packaging manufacturing company. In addition to being Group Controller at Atlantic, he was called upon to provide valued financial leadership in support of the company’s strategic decision-making process and its operational systems for the company’s profitable growth in both Canada and USA. The President of Atlantic Packaging in his support for the FCPA award, describes Lennox as a “terrific team player with the ability to frame his insights in highly strategic terms and strives for continuous improvement”

Lennox volunteers with CPA Ontario in various capacities in the accounting mentorship program for CPA students and young professionals where he provides career coaching and mentoring. He recently participated in a Career Development session hosted by the Mona School of Business and Management at UWI, under the theme “Differentiating Your Personal Brand”.

Lennox also volunteered with Food for the Poor Canada (member Advisory Board) contributing his knowledge on the agency’s sustainable projects such as the building of early childhood schools, the provision of healthcare and economic projects in various Caribbean countries. The served for six years on the Board of Directors for Tropicana Community Services, a Non-Profit organization in Toronto as the Treasurer.

He has been a guest speaker at a number of events including the graduation exercise at his alma mater Manchester High School and where he also contributes to the school’s “at risk” program, sponsoring and mentoring students. He remains proud of the fact that one of his male “adopted” charges is now attending the University of the West Indies, pursuing a first degree.

Lennox has coached soccer (football) in the Youth Soccer programs in both Atlanta and Toronto for the past 22 years. In 2019, his top under 17 soccer team won both the season and tournament trophies in Whitby, Ontario.

Lennox has four children. Three adult children with his previous wife, Veronica (deceased) and one teen with his current wife, Denise, an alumna of Hampton High School.

Lennox is in the process of completing a two-year Research Project on the topic of, “Building High Performance Finance and Accounting Teams”, which is slated for publication in March 2021.