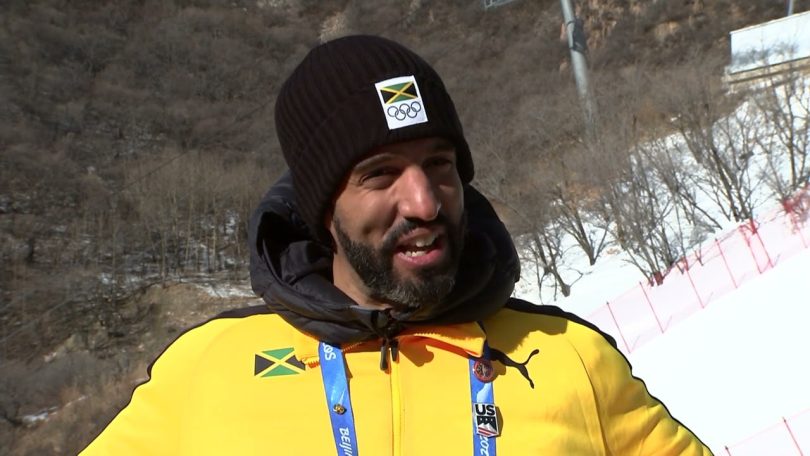 Jamaica has added a new sport to its Winter Olympic resume with the participation of Benjamin Alexander, 38, who represented the country in the men’s giant slalom Alpine skiing event. Alexander is just the 15th Jamaican to compete for Jamaica at the Winter Olympics.

Alexander, a British-born Jamaican deejay who had his first skiing lesson only in 2015, is new to the sport. According to Alexander, he traveled to the Olympics in Pyeongchang as a spectator and discovered that there were only three athletes representing Jamaica at the time. He was concerned about that because Jamaica is a “complete powerhouse” in the Summer Olympic Games. This was when he decided to explore the idea of competing himself.

On February 12, 2022, Alexander crossed the finish line in the men’s giant slalom, achieving a feat that many of his opponents could not and becoming the first Jamaican to complete an alpine race in history.

On his first run, he finished in 54th place, and on his second run, he improved his position to finish in 46th place. Alexander took a conservative approach and made it to the finish line 69.17 seconds behind the winner, Marco Odermatt of Switzerland. His position at the finish was better than over 40 of his competitors, who were tagged “DNF” or “Did Not Finish.”

Upon completing the giant slalom in blizzard conditions, Alexander dedicated his run to “everyone who thinks they don’t belong in skiing.” Alexander wants more Jamaicans to take up the sport of skiing and is encouraging parents to introduce their children to the sport. He has said that he wants his story to serve as a “beacon of light” to show what is possible for those who dedicate themselves to a goal.

Benjamin Alexander was born in 1983 in Wellingborough in England to a Jamaican father and a British mother. He won a government scholarship to Wellingborough School in Northamptonshire and began his career as a deejay when he was just 17. He studied physics at Imperial College in London and then transferred to University College London to pursue electrical engineering. After graduating from the university, he worked in wealth management in Hong Kong, but quit the finance industry to become a professional deejay. For ten years, he traveled to 30 countries and performed at Burning Man in 2011. By 2015, Alexander was the host of a radio show and a weekly party in Ibiza, Spain. He is the co-founder of the award-winning Further Future music festival. In 2018, Alexander retired from deejaying and had decided to pursue professional skiing by 2019.

As he realized he could not qualify for the British Olympic team, he applied for a Jamaican passport through his father, who had emigrated to the United Kingdom as part of the Windrush Generation. He had his first official race in January of 2020 and qualified for the 2022 Winter Olympics in Beijing in 2022.