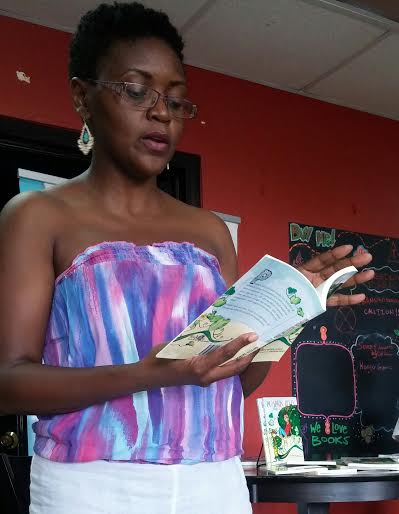 Read Jamaica, a book promotions outfit based in Kingston, will be bringing literary vibes from ‘yaad’ to the 2015 Miami International Book Fair. In addition to showcasing and promoting Jamaican books at the eagerly anticipated fair, Read Jamaica is also be collaborating with the Consulate General of Jamaica to Miami to present a Book Party on Thursday, November 19, 2015 at 6:00pm.

The Book Party  line-up includes Florida-based Jamaican authors Geoffrey Philp, David Muir (Pieces of Jamaica) and Judith Falloon-Reid, who recently released her latest novel The Silent Stones. These three will be joined by the Jamiacan-based authors Tanya Batson-Savage (Pumpkin Belly and Other Stories) and Kellie Magnus (the Little Lion Series). The evening will also feature the US soft-launch of iPublishJa, a publishing consultancy specializing in digital books.

According to the organizers, the book party will present a mixture of readings, discussion about the state of Jamaican literature as well as the opportunity to mix, mingle and be introduced to some great Jamaican books.

Read Jamaica is the brainchild of three of the most dynamic women in the contemporary Jamaican publishing scene: Tanya Batson-Savage of Blue Moon Publishing and Blouse and Skirt Books, Kellie Magnus of Jack Mandora and Latoya West-Blackwood of iPublish Jamaica.

“This is an wonderful moment in history for Jamaican books in particular and Caribbean books in general,” Tanya Batson-Savage says. “Read Jamaica wants this to be more than a moment. Our aim is to take Jamaican books, by authors at home and abroad to world. Through Read Jamaica we want to tell the world, not only about the writers they are already aware of, but authors they should be paying attention to.”