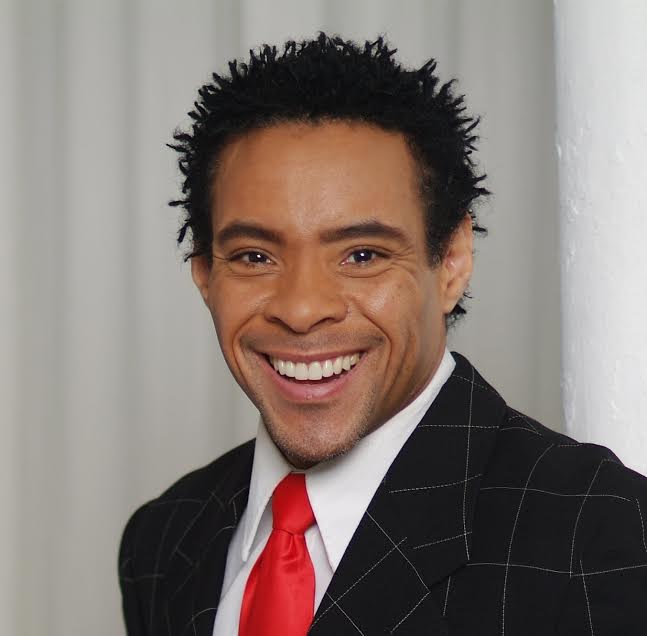 The actor and playwright David Heron, who was born in Jamaica, is playing the role of “Lord Montague” in a production of Shakespeare’s “Romeo and Juliet” at the Shakespeare Festival in St. Louis, Missouri. The play opened on June 1, 2018, and will run until June 24. Heron, who is based in New York, graduated from the University of the West Indies with a degree in Communications and English. While he never studied acting, he performed in many high school and college productions before moving on to a successful career in marketing and advertising after graduation. Heron says his first job after leaving the university was designing advertising campaigns for major companies like Pepsi Cola and the Jamaica Tourist Board, when one of the biggest banks in the Caribbean hired him to be its marketing manager. While this was a very good job with lots of perks for the young man, he felt a strong desire to be involved in the arts in some way. This impelled him to write his first play, a romantic comedy called “Ecstasy,” which was mounted by a Jamaican producer and had a two-year run. After writing two more successful plays and winning numerous awards for his work, Heron decided to quit banking and pursue writing and acting careers on a full-time basis. He moved to New York and wrote his play “Love and Marriage and New York City,” which debuted in Jamaica and ultimately toured the US and had an Off-Broadway run as well. He had a role in the play, and when it closed he stayed in New York and began auditioning for acting jobs. His first major role came almost immediately when he played “Laertes” in a production of “Hamlet.” His acting career took off and he hasn’t looked back. According to Heron, he stood out as he had “this interesting Jamaican accent” that surprised casting directors who didn’t know quite what to do with him. However, producers like Debra Ann Byrd who produced “Hamlet,” and Jim Helsinger at Orlando Shakespeare, knew exactly how to use him. And now Shakespeare and classical theater have “kind of become my mainstay.” Heron is looking forward to working in this “epic” production of “Romeo and Juliet” and still marvels at how his career has gone. He says that working with director Elena Araoz and some of the best actors he’s ever performed with before audiences of 4,000 to 5,000 people each night of the festival is “like rock star Shakespeare!” I’m a kid from Jamaica who took a huge chance – a leap of faith – and left behind a very successful corporate career to do this. People thought I was insane. Even to me now, it’s still surreal that I’m here. But I’m loving every minute of it,” Heron added.