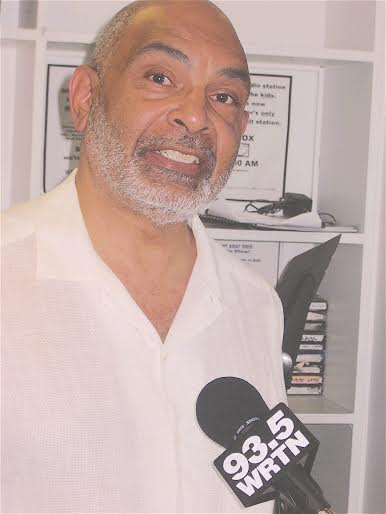 The radio landscape has changed drastically with the advent of Internet and brokered radio stations in the Diaspora. This has led to an erosion in the quality of many of the presenters. In the 80’s it was a much different situation when it was about creativity and quality presentation.

“If you ask me, New York’s best Caribbean radio was presented in the 80’s and 90’s” said Jamaican born, NY broadcaster Conroy Allison, who is celebrating 35 years the industry.

“Hosts were aware of the importance of presentation, their responsibility was to inform as well as entertain. The overall quality was better in the early days. Much of what masquerades as radio these days, with few exceptions, is extremely poor,” he said, taking a reflective look at that era.

Allison began his stint on radio in 1973 at Fordham University’s WVUV-FM.

“WFUV was a great learning experience, lots of fun.  I then moved on to WLIB-AM, which would become the Caribbean’s first powerhouse station in New York,” he said of his upward mobility in radio.

“All of my 22 years at WLIB and WBLS-FM were spent in the marketing department. I enjoyed the challenge of advertising sales and apparently, did it very well.  When in 2001, WLIB leased their signal to another media company,  I decided to lease some airtime on 93.5FM, WVIP.  This year marks ten years doing my own show, The Winner’s Circle – Tuesday-Friday, 11AM-12 noon on 93.5FM, WVIP FM,” said Allison.

Allison’s voice has not just connected with Jamaicans but has reached Trinidadians, Barbadians, Guyanese, Antiguans, and African Americans. With marketing in his blood, Allison combined his love of both worlds – radio and promotions. He threw a party in Brooklyn in 1981 with star attraction Winston ‘Merritone’ Blake. The event was a resounding success. This started a business relationship between Allison and Blake that lasted until his passing this year. Today, the signature event the two created, the annual Merritone Family Fun Day is touted as North America’s best organized and most enjoyable family fun event. This year’s event is slated to be held on August 14 at Heckscher State Park in Long Island.

Reflecting on the relationship with Blake, Allison said, “Over time, I developed a healthy respect for Winston’s ability to entertain, his work ethic and his absolute commitment to his craft. While his passing leaves a void impossible to fill, the Merritone Fun Day will continue; I’ll be working closely with his brothers, Monte and Trevor.”

Prior to the 2016 Merritone Family Fun Day, Allison will celebrate his 35th anniversary on radio.

“I’ve worked with and around many of the radio greats…Frankie Crocker, Hal Jackson, Vaughn Harper, Ken Williams and Jeff Barnes” he noted.

To celebrate his radio milestone, Allison will be sailing with 400 of his ‘closest friends’ on “Motion on the Ocean” Boatride on Sunday, June 12th on the Skyline Princess. Guests will be musically entertained by “De Captain” Freddie McGregor, celebrating the release of his new album “True to My Roots.” Also slated to perform is British-born singer, songwriter and composer Mark-Anthony Abel who will travel to NY especially for the shindig. Music will be provided by DJ Carlton, DJ Prentiss and Monte Blake.