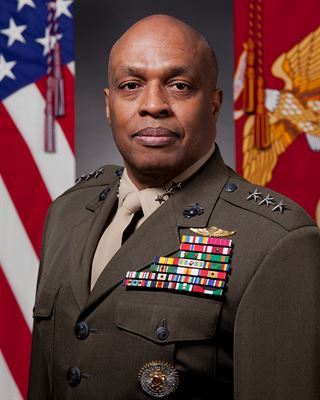 Major General Vincent R. Stewart of the United States Marines was selected to be the 20th director of the nation’s Defense Intelligence Agency (DIA), as well as the commander of the Joint Functional Component Command for Intelligence, Surveillance, and Reconnaissance (JFCC-ISR). Major General Stewart attended Kingston College before entering the U.S. Marine Corps in 1981. He was confirmed by the U.S. Senate for a promotion to Lieutenant General in December 2014 and received his third star just before he took on the role of DIA director and JFCC-ISR commander in January 2016. Before taking on his new position, Major General Stewart served as commander of Marine Forces Cyber Command and as director of intelligence at U.S. Marine Corps headquarters in Washington, DC. He is the first black officer to become DIA director and the first Marine Corps officer in that role. The DIA is charged with providing military intelligence to fighters, policymakers and defense force planners at the Defense Department and the intelligence community.