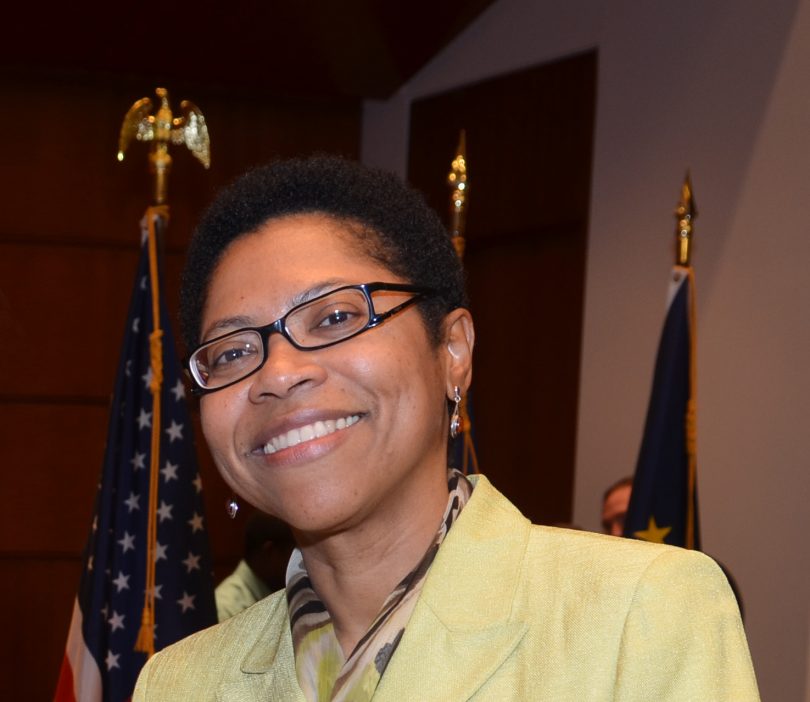 Dr. Karen Bravo, who was born in Jamaica, has been appointed to be the dean of Indiana University’s Robert H. McKinney School of Law, the first person of color to serve in this role. Dr. Black was appointed on February 27, 2020, following a nation-wide search that began in the previous year. She will move into her new position on July 1, 2020, becoming the 13th Dean of the school since 1944 when the school was first affiliated with Indiana University. In addition to being the first person of color to serve as Dean, Bravo will be only the second woman to head the law school in its history.

Dr. Bravo joined the McKinney School faculty in 2004 as an Assistant Professor of Law. Since that time, she has also been Associate Dean for Administrative Affairs and Associate Dean for Graduate Students and International Affairs.

Michael A. McRobbie, the president of Indiana University, expressed his excitement about Dr. Bravo’s appointment, as well as his confidence that she will provide the vision, energy, and experience that will benefit the law school. He also noted the fact that Dr. Bravo is an internationally recognized legal scholar whose work focuses on the ‘structured causes of vulnerability” to exploitation that underrepresented communities have, along with ways to ensure that these communities are heard.

Among her other academic and campus activities, Dr. Bravo has co-proposed and co-headed the Next Generation 2.0 leadership program, which centers on women and underrepresented faculty and staff at the university. She continues to serve on the program’s advisory board. Dr. Bravo was the recipient of the university’s Trustees Award for Excellence in Teaching in 2008 as well as the university’s Office for Women Inspirational Woman Award in 2016.

According to an interview with a Caribbean newspaper, Dr. Bravo’s passion for the law arose after her move from Jamaica to the United States. She graduated from St. Andrew High School for Girls in Jamaica, one of the top schools in the country, and went on to study sociology and international languages at the University of the West Indies in Kingston. After receiving her BA, she moved to the US to join her family in New York, where she earned a Master of Laws at the New York University School of Law; She earned her Juris Doctor degree from the Columbia University School of Law.

She has worked on issues such as human trafficking and is the founder of the and head of the Slavery Past, Present and Future Project, which holds a yearly interdisciplinary conference for scholars, civic leaders, government actors and other interested parties to explore the issues of human trafficking and slavery. She also participated in and chaired groups including the Teaching International Law Interest Group of the American Society of International Law and the Association of American Law Schools’ Committee on Recruitment and Retention of Minority Law Teachers and Students.