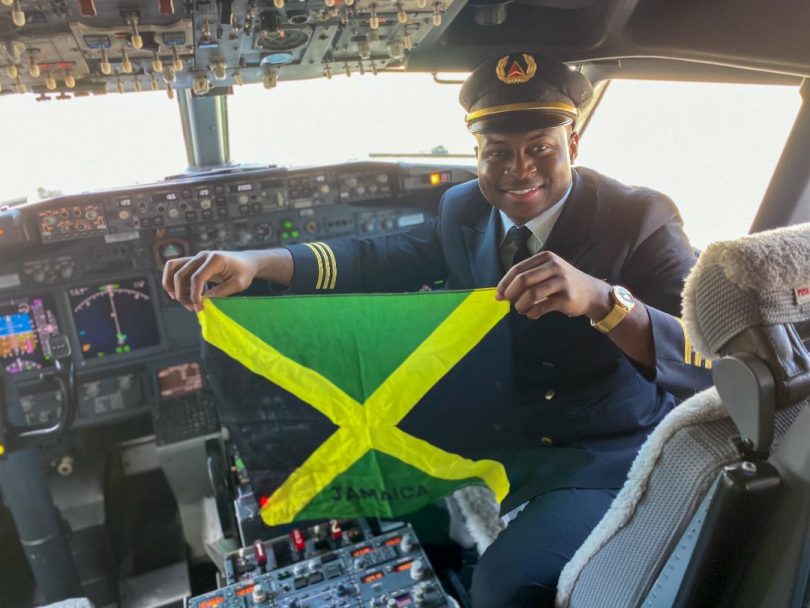 Marlon Dayes, a Jamaican-born pilot who has been with Delta Air Lines for almost two years, was applauded by the approximately 150 passengers on the plane when he touched down after making his first flight to his island birthplace. Dayes, 26, was emotional as he was congratulated on completing the three-hour flight from New York to Kingston and landing the Delta Boeing 737 aircraft at Norman Manley International Airport. Flying a plane back to Jamaica has long been a dream for Dayes. Who told the Gleaner newspaper, “… you know Jamaicans, they applauded and then coming off, everybody was hugging me up and taking selfies and pictures and even the tourists, they were like ‘good job, I am proud of you for coming back home.’”

As a child, Dayes remembered, he used to stand in the airport’s gallery to watch planes land. Dayes stated that, as he was close to marking two years as a pilot with Delta, the flight to the home country came at a particularly good time. He noted on Twitter that he had been waiting for such a flight “I’ve waited on this flight for as long as I can remember. Finally, I got the opportunity to fly to my little island. Dreams really do come true ”

Dayes began his career as a pilot when he was 19 years old and joined a commercial airline during his early 20s. Dayes is a graduate of the Wolmer’s Boys’ School and the Florida Institute of Technology. He says that his next goal is to fly into Sangster International Airport in Montego Bay, Jamaica.

Dayes is one of the youngest pilots at Delta Air Lines. His fascination with planes began at the young age of five, and he has wanted to be a pilot ever since he took his first flight when he moved with his mother from their home in Jamaica to Miami, Florida. Dayes first left his Buff Bay, Portland, Jamaica, home to attend high school in Kingston. He went on to attend Florida Tech where he graduated with honors with an Aviation Management degree.